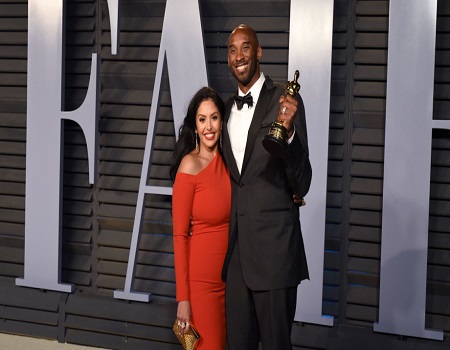 Kobe Bryant’s wife Vanessa Bryant has hit a chopper company with a lawsuit for “reckless” flying on the day of his memorial, a month after the deadly crash.

In the lawsuit, Vanessa, 37, reportedly claimed the helicopter shouldn’t have been put in such dangerous conditions before the aircraft’s death plunge killed Kobe, 41, and their daughter, Gianna.

Vanessa Bryant lost her husband and her daughter in the tragic helicopter crash.

The 27-count complaint claims Island Express was subject to strict visual flight rules and it alleges weather conditions on the day of the tragedy weren’t suitable for flying due to low fog, reports TMZ.

Vanessa smacked the company with the suit on the day of Kobe’s memorial today, claiming the pilot, Ara George Zobayan, didn’t adequately monitor the weather before takeoff.

Her suit cites “negligent conduct,” claiming Zobayan failed to maintain control of the helicopter and to avoid “natural obstacles” in the flight path of the chopper.

These court documents allege Island Express engaged in reckless transportation that could have been avoided if the necessary safety measures were taken.

It also notes that Zobayan was disciplined five years ago for violating the visual flight rule minimums when he flew into airspace with bad visibility.

The lawsuit states that the helicopter that plummeted into a Los Angeles hillside was unsafe but according to TMZ, it doesn’t specify what exactly was unsafe about the aircraft.

The pilot and flight instructor was certified to fly in special visibility conditions like sub-optimal weather, but investigations are ongoing into why he flew the chopper on a day so foggy, the LAPD’s own choppers were grounded.

It remains unclear what, if any, role the foggy conditions may have played in the crash.

But now, Kobe’s grieving widow is asking for punitive damages, claiming both the pilot and the helicopter company Island Express were reckless.

The publication states it’s unclear what damages are being sought at this time but the amount could reportedly be millions.

The suit comes after LA Lakers star – an 18-time NBA All-Stars champion – died in the devastating crash on January 26.

Kobe, Gianna, and Zobayan all died alongside Sarah Chester and her teenage daughter, Payton.

A month on from the horrific tragedy, a public service due to be held in Los Angeles will offer fans of the sport and the public a chance to reflect on Bryant’s life.

Kobe and Gianna’s memorial, aptly titled “A Celebration of Life” will begin at 10 am LA time – or 1 pm in NYC – on Monday.

He was buried at the Pacific View Memorial Park, close to the couple’s home in Orange County, by close friends and family.

In the weeks leading up to the lawsuit and memorial Vanessa had opened up about her family’s grief after losing Kobe and Gianna, aka “GiGi.”

The loved-up couple had been together for 20 years before the helicopter tragedy last month.

My achievements will campaign for me ― Akeredolu