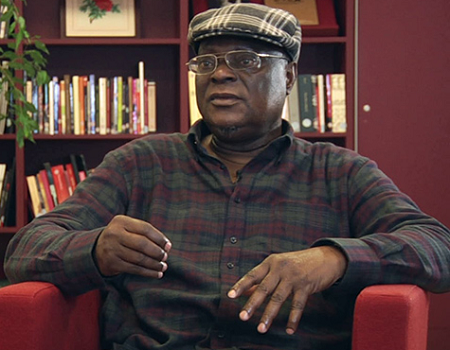 Eminent scholars, writers and authors who were at the 28th Annual Convention of the Oyo State chapter of Association of Nigerian Authors (ANA) have recommended reading and writing as tools of promoting good leadership, just as the association honoured the state Deputy Governor, Engineer Rauf Olaniyan, and seven others with awards of commendation for the promotion of knowledge in the pacesetter state.

Speaking on the theme “Writing, Reading and the Leadership Question”, the chairman of the event, Emeritus Professor Femi Osofisan, stressed the role of the skills of writing and reading as tools of promoting good leadership. He said that, among others, the two skills of language would help to develop the minds of the people, noting, however, that the level at which youths neglect reading nowadays is alarming.

According to him: “The youths can maximise the access they have to the Internet to read extensively and contribute their quota to nation-building.

The former national president of the association, however, encouraged authors and upcoming ones not to be discouraged by the by low rate at which people buy books in Nigeria.

He stated that, though the gains of publishing books are intangible, the writers and the younger ones should intensify efforts at impacting their society through writings that would engender the development of the nation.

While delivering the keynote address at the event which held at the Small Lecture Theatre, Faculty of Arts, University of Ibadan, Professor Francis Egbokhare of the institution’s Department of Linguistics, felled on the inter-connectivity among the tripod of writing, reading and leadership. He emphasised that through reading, citizens would develop their minds.

He said: “Reading other people’s perspectives will widen one’s horizons and will mould one as leader.

“I want to say that people who control language control meanings and they shape people’s minds. The development of the mind comes from reading while influence comes from writing. Apart from that, people should be impactful and focus on what will outlive them.”

Chairman of ANA-Oyo, Mr Funso Omotoso, expressed confidence that the association has a legendary history as the first state chapter which started in 1981 and most enterprising chapter that produced four national presidents. He added that members of the chapter have won great awards in writing and authoring.

Omotoso disclosed that the year’s convention was exceptional because ANA Echo, a magazine, was unveiled.

He added that the association carefully selected and honoured eight successful personalities with commendation awards.