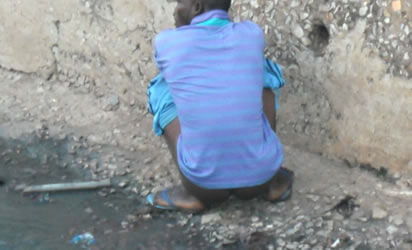 KANO State Government says it will provide mobile toilets and more public conveniences in the state to fight open defecation.

The Commissioner for Environment, Dr Kabir Getso, disclosed this in Kano on Tuesday while addressing newsmen as part of activities to mark the World Toilet Day.

Getso said Gov Abdullahi Ganduje had expressed concern over the high level of open defecation in the state and called for strategies to eradicate it.

He said that the state government was committed to ending the act in line with President Muhammadu Buhari’s declaration of a state of emergency on water, sanitation and hygiene in the country.

Getso said the state would provide mobile toilets and more public conveniences at strategic locations especially where there were homeless persons.

He noted that open defecation causes water and airborne diseases, and charged community leaders and individuals to play their role and guard the environments against negative behaviour.

“A toilet is not just a toilet but a lifesaver, dignity protector and opportunity maker. Whoever a person is, wherever you are from, sanitation is your right,” Getso stressed.

The United Nations had set aside Nov 19 of every year as World Toilet Day to create awareness on the right of individuals to access toilets.