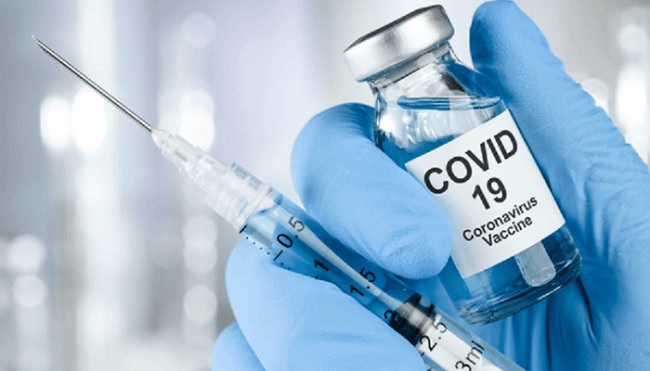 TOTAL global spending on COVID-19 vaccines is projected to reach $157 billion by 2025, driven by mass vaccination programs underway and “booster shots” expected every two years, according to a report by US health data company IQVIA Holdings Inc released on Thursday.

IQVIA, which provides data and analytics for the healthcare industry, said it expects the first wave of COVID-19 vaccinations to reach about 70 per cent of the world’s population by the end of 2022.

Booster shots are likely to follow initial vaccinations every two years, the report said, based on current data on the duration of effect of the vaccines, Reuters reported. The United States is preparing for the possibility that a booster shot will be needed between nine to 12 months after people receive their first full inoculations against COVID-19, a White House official said earlier this month.

Pfizer Inc has also said boosters may be needed within 12 months. read more Vaccine spending is expected to be highest this year at $54 billion with massive vaccination campaigns underway around the world.

It is expected to decrease after that eventually to $11 billion in 2025, as increased competition and vaccine volumes drive down prices, said Murray Aitken, a senior vice president at IQVIA.

The forecast for such meteoric growth in sales for a new class of drugs or vaccines is unmatched, but reminiscent of the $130 billion spent on the new hepatitis C cures between 2014 to 2020 due to pent up demand, Aitken said in an interview.

The spending forecast for COVID-19 vaccines represents 2 per cent of the roughly $7 trillion forecast for all prescription medicines during that time period, IQVIA said. Excluding the cost of COVID-19 vaccines, overall medicine spending is forecast to be $68 billion lower over the six years from 2020 to 2025 than it would have been without the pandemic, according to the report.

The pandemic caused major disruptions to doctor visits, procedures and medicine use, leading to some stockpiling in the early days for some medications and then a return to a more normal trend, the report said.

Meanwhile, India’s total COVID-19 cases passed 18 million on Thursday after another world record number of daily infections, as gravediggers worked around the clock to bury victims and hundreds more were cremated in makeshift pyres in parks and parking lots.

India reported 379,257 new infections and 3,645 new deaths on Thursday, health ministry data show for its highest number of deaths in a single day since the start of the pandemic. The world’s second most populous nation is in deep crisis, with its hospitals and morgues overwhelmed as healthcare professionals struggle to cope with streams of patients.

Mumbai gravedigger Sayyed Munir Kamruddin said he and his colleagues were working non-stop to bury victims.

“I’m not scared of COVID, I’ve worked with courage. It’s all about courage, not about fear,” said the 52-yearold. “This is our only job. Getting the body, removing it from the ambulance, and then burying it.”

In response to Ortom: Buhari accuses leaders of setting regions, religions against one another

Security beefed up at NASS, public institutions under watch