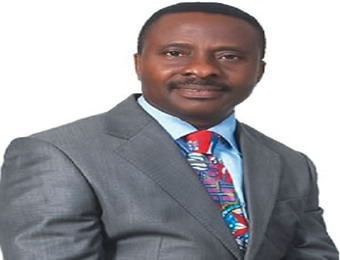 IN a message to commemorate the World Peace Day, President of the Christian Association of Nigeria (CAN), Rev Samson Ayokunle, has advised the Federal Government to encourage and further empower security operatives in the country.

The clergy said this was key in ensuring peaceful co-existence across the nation.

He stated this when Association of Peace and Conflict Mediators in Nigeria‎, paid him a visit at his office in Abuja to commemorate the United Nations International Peace Day.

He stressed the need for close monitoring of security operatives to ensure they do not compromise, while those found guilty should be duly sanctioned.

Ayokunle said: “The law enforcement agents should be more empowered and monitored to ensure they perform their duty. If people do violence and they are not arrested, we give them another opportunity to act of violence.

“People who kill in cold blood, the law enforcement agencies will arrest them and we won’t hear anything again thereafter. It is to aid and abet violence. If those who commit violence know that they will not go scot-free and they will pay dearly for it, then others will be deterred from committing the same crime.

He commended President Muhammadu Buhari for the newly launched campaign on ‘let the change begins with me.’

National President of the peace association, Mr Famaa Bariledun, in his remark stated that corruption and poverty have been major bane of development in the country.

He said when the nation is under-developed, due to poor leadership of those in office; it would amount to hunger and crisis.

Bariledum, who emphasised roles of religious leaders to building lasting peace in the nation, urged the clergy and other relevant stakeholders to promote the culture of peace in the society.

He said essence of the association was to converge professionals in the field of peace studies and conflict resolutions to proffer solutions on peaceful co-existence in the country.