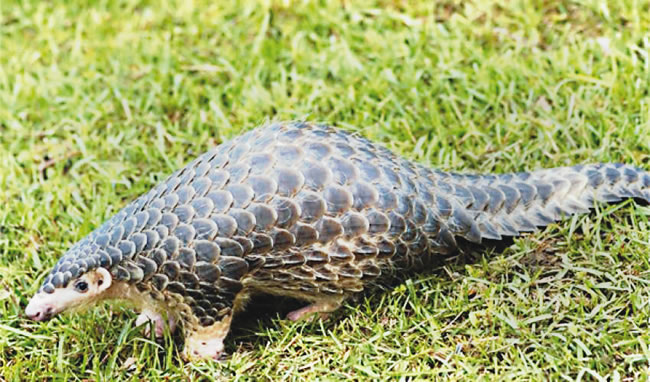 The NCF made this known in a statement issued in Abuja, on Saturday, by Mr Oladapo Soneye, its Head of Communications.

It said  that the groups were set to commemorate the World Pangolin Day (WPD) on Sunday, Febraury 21, 2021 at LUFASI Nature Park, Eti-Osa, and Lagos.

It explained that the WPD was held annually by stakeholders to create public awareness towards conserving and combating trafficking in pangolin species.

The day also appraises and celebrates milestones attained in the global push towards pangolin conservation.

According to the statement, there was the urgent need for advocacy for support and participation of all stakeholders globally, due to the rate pangolins were locally sourced, packaged and exported to the international market.

“The scale of seizures reported in recent times necessitates the urgent advocacy for this “roller” with support and participation of all stakeholders globally”, the statement said.

The event would be attended by His Excellency Ben Lewellyn Jones, British Deputy High Commissioner; representatives of the Lagos State Ministry of Environment and the National Environmental Standards and Regulation Enforcement Agency (NESREA).

It further said the Nigerian Environmental Society (NES), WildAid, Omu Resort, others would also be in attendance.

“More than ever before, we all need to come together to combat and reduce human activities that is pushing pangolins into extinction.

“This is a fight that must not be left for government or NGOs alone, but every Nigerian should be concerned.

“All should take impactful action to conserve the remaining species, redeem the image of Nigeria soiled in the international scene as a hub of illegal wildlife trade in this mammal”, Dr Muhtari Aminu-Kano, DG of NCF, said

Also, Mr Desmond Majekodunmi, Chairman LUFASI, said: “the decimation of the pangolin is a classic example of how our footprint on nature, that is rapidly driving key species in the web of life into extinction.

“This is beginning to have irreversible effects on the balance of nature and is preparing the way for future pandemics. Nigeria needs to become more a part of the solution than a part of the problem.”

“The time is now to unite our strengths and resources to defend the voiceless, taking every measure to save the treasured Pangolin, and in doing this, save humanity and the earth,” Dr Mark Ofua, CEO of SMARF, said.

The word ‘pangolin’ comes from the Malay word ‘pengguling’, which means ‘one that rolls up’. When it is threatened, a pangolin will curl itself into a tight ball, which is impenetrable to predators.

The major threat to pangolins is illegal wildlife trade around the world, especially in Asia ,where they are well sought after for their scales and meat.

Unfortunately, Nigeria has become a hotspot and transit point for the illegal trade in pangolins.

Pangolins have big appetite for ants; hence are effective in controlling the population of ants. With an abundant number of pangolins, we would never have to worry about ant invasion in farms and homes.