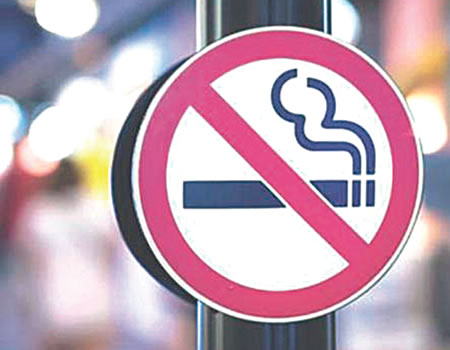 On the occasion of the World No Tobacco Day 2020 commemoration, tobacco control groups in Nigeria have asked the Federal Government to commit more strongly to enforcing the National Tobacco Control (NTC) Act 2015 and its Regulations by the immediate enforcement of provisions that protect the youth from tobacco and its harms.

In a statement made available to Ecoscope, the groups, Environmental Rights Action/Friends of the Earth Nigeria (ERA/FoEN) and the Nigeria Tobacco Control Alliance (NTCA) seized the opportunity to re-echo public health experts demand that the government immediately enforce the ban on sale of cigarettes to and by minors, ban on sale of cigarettes in single sticks and introduction of the approved Graphic Health Warnings (GHW) on tobacco packs.

According to the statement issued in Lagos, the groups said that the theme of the WNTD 2020 commemoration. “Protecting youth from industry manipulation and preventing them from tobacco and nicotine use” is very relevant to the Nigeria context in view of the tobacco industry’s unrelenting efforts at grabbing the lungs of the youth and recruiting them as replacement smokers for a dying generation of older smokers.

The WNTD is marked on May 31 each year to nudge Parties to the World Health Organisation – Framework Convention on Tobacco Control (WHO-FCTC) to assess their achievements and progress made throughout the year towards a tobacco-free world. This year’s theme: “Protecting youth from industry manipulation and preventing them from tobacco and nicotine use” urges Parties to do more to protect the younger generation in view of the tobacco industry’s increasingly targeting of young people as an emerging and vulnerable market for its addictive and deadly products.

ERA/FoEN’s Deputy Executive Director, Akinbode Oluwafemi said: “The theme of the year 2020 WNTD should be a wake-up call to governments around the world, and particularly the Nigeria government, that they must act decisively because our youth are now an endangered species”

Oluwafemi explained that statistics show that 17% of young people between the ages of 15 and 24 smoke worldwide, even as he warned that the figures in low and middle income countries like Nigeria are set to spike as the tobacco industry exploits the poor enforcement of tobacco control laws to deepen their reach to this vulnerable group.

“Aside the availability of traditional tobacco products on demand, the social media space which the youth dominate, has also been encroached upon by the tobacco industry to promote their so-called novel products that have been responsible for disturbing death rates across the globe”.

NTCA Programme Coordinator, Oluseun Esan said: “The World Health Organization’s message is clear on the need for governments to intervene to build resilience among the next generation of young people against tobacco and to move steadily towards a tobacco-free future. Fortunately, the protections that the Nigeria youth need to dodge the booby traps of the tobacco industry are enshrined in our tobacco control law. It is now left for the Nigeria government to enforce them”

“As the toll of the COVID-19 pandemic bites harder, the tobacco industry has equally heightened its image laundering and marketing of its harmful products to the youth in subtle ways. The youth must now reject their lethal products and it is the responsibility of our government to help make this happen”

He re-echoed the WHO position that the tobacco industry is well aware that a person who starts smoking before their early 20s is not only more likely to develop an addiction but may also have an impaired ability to exercise control over smoking later in life.

The groups stressed that while the federal government must be commended for the recently gazetted National Tobacco Control Regulations, delay in enforcing the law is now being exploited by the tobacco industry which has become very active in youth spaces.

“Now more than any other time is the time the Nigeria government must act pro-actively to save our youth; Tomorrow might be too late,” the groups insist.