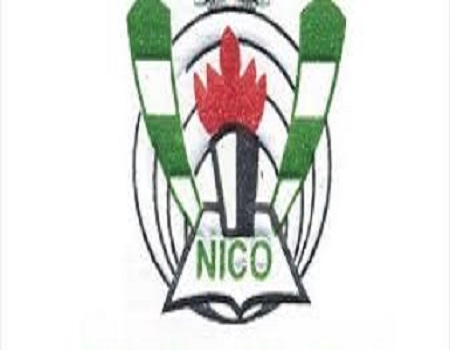 As the world celebrates the 2020 World Day for Cultural Diversity for Dialogue and Development, otherwise known as World Culture Day, the National Institute for Cultural Orientation (NICO) has called on Nigerians to appreciate and promote the diverse cultures in the country, saying cultural diversity is imperative to national development.

The Director overseeing the office of the Executive Secretary, Mrs Bridgette Yerima who made this call in a press release made available to journalists in Abuja ahead of the 2020 World Culture Day, said it is only when we appreciate the importance of intercultural interaction, diversity and inclusion that our collective dream of sustainable development and peaceful co-existence can be achieved.

In her words “Our charge to political leaders, religious leaders, youth leaders, opinion moulders and Nigerians generally is for everyone to demonstrate a commitment to do something to promote diversity. You can learn a language different from your mother tongue; you can adorn an attire, cook and eat traditional food from another culture, visit tourist sites and museums in other parts of Nigeria just to mention a few things we can do as we celebrate 2020 World Culture Day”.

“More importantly as we mark this day, let us bear in mind, the imperative of cultural diversity to national development as it is to mankind what biodiversity is to nature”, she said.

According to her, the World Day for Cultural Diversity for Dialogue and Development which is an annual event celebrated every year on the 21st May globally was declared by the United Nations General Assembly by Resolution 57/249 in 2002, following the Universal Declaration on Cultural Diversity which was adopted by UNESCO General Conference in 2001.

She maintained that the Universal Declaration was made in recognition of cultural diversity as a critical factor in development in terms of economic growth as well as a means to achieve a more satisfying intellectual, emotional, moral and spiritual existence.

The NICO Chief Executive emphasised that the World Day for Cultural Diversity for Dialogue and Development is a veritable platform and opportunity to underscore the value and potential of culture, highlight and promote the appreciation of cultural diversity in fostering peaceful co-existence and sustainable development in a country like Nigeria known for its ethnic and religious plurality.

She said the Institute on its part in the furtherance of her statutory mandate as a stakeholder in the implementation in 2005 UNESCO convention on the protection and promotion of the diversity of cultural expressions has demonstrated its commitment to the goals of the convention by implementing well-articulated programmes.

“The Institute through its Nigerian Indigenous Language Programme (NILP) which has four editions for different target groups comprising students, workers, the military, police and para-military personnel as well as the online platform is designed to encourage Nigerians to speak languages other than their mother tongue. Studies have shown that three-quarter of the major conflicts in the world has a cultural dimension. It is our belief that through our Indigenous language programme, the gap between divergent cultures will be largely bridged.

“Also through institute’s cultural clubs in secondary schools, we have been able to foster cross-cultural interaction among Nigerian youths to appreciate the value of cultural diversity through the various activities of the club as well as the Children’s Cultural Extravaganza where the young people are exposed to the beauty of other cultures”, she added.

Mrs Yerima said while the Federal Ministry of Information and Culture in conjunction with its culture parastatals and other critical stakeholders continue to organise programmes and activities geared towards drawing national attention to the beauty of cultural diversity and a deeper understanding of its benefits in line with the 2020 Johannesburg Declaration, it is pertinent to know that our rich diversity remains a veritable source of our collective strength.