World Consumer Day: Despite celebrations, the hues and cries continue 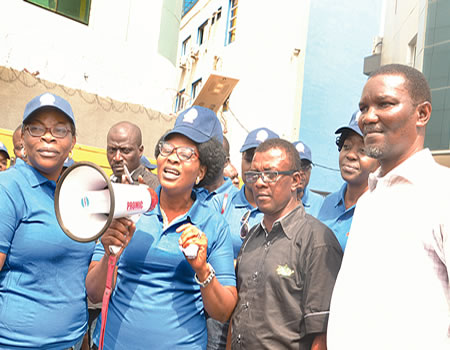 THURSDAY, March 15,  2018, was another  World Consumers Day, an annual event, set aside to celebrate consumers and appreciate their roles in the whole marketing chain.

Interestingly,  Nigerian consumers and other stakeholders, including the regulatory agencies and consumer activists, were not left out in the celebrations

But, for many Nigerians, despite the increasing popularity of consumerism in the country, patrons of goods and services, in the various market segments, in Nigeria, can not be effectively described as really getting values for their hard-earned money.

They argued that but for some interventions from some consumer activists, the array of regulatory bodies, whose statutory role is to give voice to the voiceless consumers, have not really succeeded in protecting Nigerian consumers and ensuring that their rights are not trampled on.

Akinleye Olayiwola, a marketing practitioner and brand analyst, who would rather want to speak from the perspective of the consumer, believes a lot still needed to be done to ensure that consumer rights are adequately protected.

He identified the nation’s power and telecom sectors as two main areas where consumers rights’ infringement had continued to take place, unquestioned.

“For instance, the issue of billing still remains very controversial in the power sector. There is no form of transparency. Many consumers in this sector had cried to high heavens, but nobody, including the relevant regulatory bodies in that sector, seems to care. It has been tales of woes, ranging from outrageous billing to inadequate power supply, which is still paid for.

“We can not say consumerism has taken shape in the country if things are still the way they are in such sector. Such impunities also abound in the telecoms sector, where the subscriber is made to pay for services he never requested for in the first place,” he added.

Another consumer, Mrs Ngozi Franklin, believes for consumerism to thrive in the country, the nation’s banking sector too must be designed to enhance consumers’ experience.

“The way the system currently runs is nothing but a nightmare to the nation’s banking sector. The different charges being surreptitiously pushed to the banking consumers are evidence of such,” argued Ngozi, who runs a boutique, in  Ogba, Lagos.

A brand owner, who craved anonymity, however, believes consumerism has begun to take roots in the nation’s marketing space, contrary to claims of consumer docility, in some quarters.

According to him, while every brand would always strive to satisfy its consumers, it is always impossible for such to be totally achieved.

“What I realised about some of these things is that not all those claims of infringements, against brands, are actually genuine. I’ve seen instances where we’ve received complaints about some foreign contents in one of our alcoholic brands. But when the complainant was asked to submit the exhibit for a test, he refused. Why would you do that if you are sure your complaints are genuine? he asked, rhetorically.

He, however, stressed the need for all stakeholders in the industry to work together, noting that one of the challenges confronting brand owners is the influx of fake products into the market.

“Unfortunately, any havoc wrecked by these products are always attributed to their original versions. The earlier we realised this and fought against it the better for both brands and consumers,” he added.

For instance, the Lagos State Consumers Protection Agency, LASCOPA and the Association of Advertising Agencies of Nigeria, (AAAN) and other consumer bodies, such as Consumer Advocacy Foundation of Nigeria (CAFON), believe consumerism would begin to take root in the country when the Nigerian consumers begin to demand their rights.

10 steps to becoming a successful entrepreneur