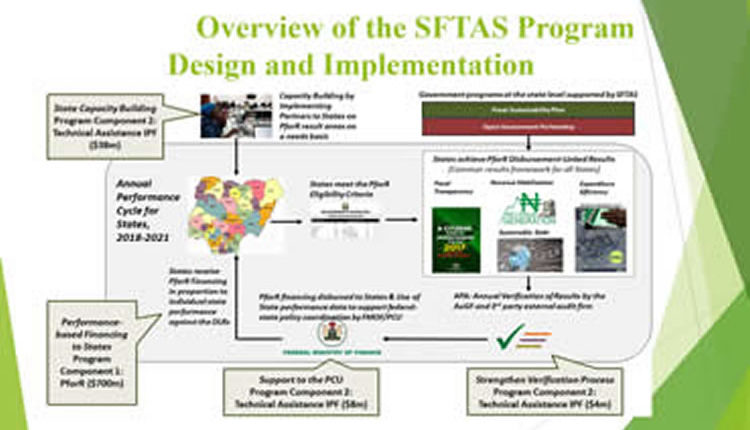 Cross River State ranks top three together with Kogi and Sokoto states for the State Fiscal Transparency, Accountability and Sustainability (SFTAS) program of the World Bank.

Speaking in Calabar, the Commissioner for Finance, Asuquo Ekpenyong Jnr., revealed during a press briefing at his office, that the State government had achieved a total of $20.4m in grants from the World Bank-funded SFTAS programme of the Federal Government of Nigeria.

The commissioner also revealed that the state planned to inject the World Bank SFTAS grant into the 2021 budget to arrest youth restiveness.

Mr Ekpenyong Jnr. also revealed that Cross River state met the eligibility criteria for the 2019 programme and was accordingly pre-qualified for the detailed annual performance assessment of all qualified Nigerian states under the state’s Fiscal Transparency, Accountability and Sustainability (SFTAS) programme.

The assessment exercise which was conducted in September 2020 by the Independent Verification Assessors (IVA) from the office of the Auditor General of the Federation and JFR Consulting, showed that Cross River state achieved 6 Disbursement Linked Indicators (DLRs), out of 9 applicable DLRs for 2019, and 3 DLRs out of 3DLRs, thus achieving 100% for the 2020 additional financing.

According to him, the report noted that “ Cross River state has strengthened its Internally Generated Revenue (IGR) collection, implemented biometric verification to reduce Payroll fraud, improved its procurement practices for increased transparency, strengthened its public debt management and fiscal responsibility framework, improved debt sustainability and instituted a more transparent budgeting process over the course of the fiscal year”.

The Commissioner used the opportunity to commend the members of the SFTAS State Steering Committee for their untiring efforts in bringing the state machinery up to speed towards achieving resounding success in the programme.

He further stated that “the independent verification success is a confirmation of the Ayade led administration’s commitment to transparency and fiscal performance”.

The SFTAS programme is a product of a mutual agreement between the Federal Government of Nigeria and the World Bank, designed to strengthen fiscal transparency, accountability and sustainability in Nigerian states as a way of improving their revenue base, increasing fiscal efficiency in public expenditure and reducing debt overhang.