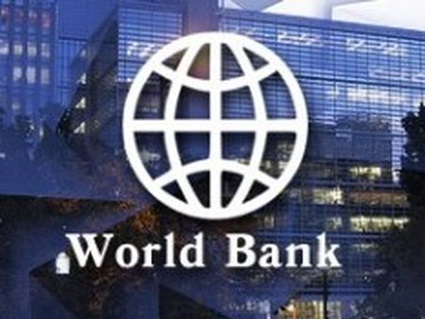 The Enugu State Community and Social Development Project (CSDP) has disbursed World Bank Agency intervention fund of N53,603,963.58 million to 21 Gender and Vulnerable Groups (GVGs) in seven local government areas of the state for the execution of micro-projects as contained in the World Bank approved Community Development Plans.

The General Manager of the CSDP in the state, Dr Maximus Asogwa, disclosed this yesterday, during the formal presentation of a cheque of the first tranche of the World Bank fund to the GVGs from the benefitting communities in the state.

Dr Asogwa also used the opportunity to explain to the beneficiaries the requisite knowledge and skills needed for the implementation of the World Bank assisted projects, reiterating that the authorities have zero-tolerance for corruption and misappropriation of fund meant for the projects.

While calling on the communities within the benefiting Local Government areas to follow strictly the laid down rules to beef-up their infrastructure, Dr Asogwa assured their readiness towards supporting them with funding and technical assistance immediately they completed the first phase of the projects.

“The money is there and once you complete your projects, the second tranche will be disbursed to you. It is pertinent, you finish the project in time so that we do not have abandoned projects. Once the money with World Bank is finished, there is nothing we can do because other states in the country that are interested in World Bank assisted projects are also accessing the money”, he said.

Dr Asogwa commended the state governor, Rt. Hon. Ifeanyi Ugwuanyi for giving him and his team the opportunity to serve in the CSDP management stable, expressing joy over the role the state government is playing in improving the lives of the rural dwellers through the CSDP in the state.

In his remark, the Chairman of the newly constituted Board of the State CSDP, Comrade Ibechukwu Ohabuenyi Ezike, said he was happy that water borehole, health centres, secondary school, and access roads among others, were listed in the micro-projects, urging the benefitting communities to make good use of the fund provided for them so as not to truncate the programme.

Comrade Ibuchukwu Ezike, who was flanked by his board members, noted that not all the local government areas in the state were benefiting from the micro-projects, pointing out that the benefitting communities and groups should count themselves lucky.

According to him, “Other states in the North and Southwest are anxiously accessing this fund from the World Bank. So, I advise the beneficiary groups and communities to brace up to complete the projects as specified by the CSDP and the World Bank”

Also speaking, the Manager of Finance and Administration, Mr Anthony Onu, corroborated the speech of the GM, urging the beneficiaries to complete the project in time to enable them to access further funds.

“There should be cooperation and peace for the project to progress. Make all your expenditure public by placing your record of expenses on the board for everyone to see in your respective community. It will make us happy as it shows transparency”, Onu added.

Some of the beneficiaries interviewed including one Madam Ndidi Orji, said they were happy over the inclusion of their communities in the micro-project and promised total adherence to the laid down rules and regulations guiding the project.

The highlight of the occasion was the formal presentation of cheques to the beneficiaries by the chairman of the Board, Comrade Ezike.