Why women are still the worst victims

As Nigeria joins the world in marking the World AIDS Day today, interesting reports dominate the space as majority of voices on the disease are of the opinion that it is being well-tackled in the country. TADE MAKINDE examines the impact of surveys on what is presently on ground, the remaining gaps and challenges. 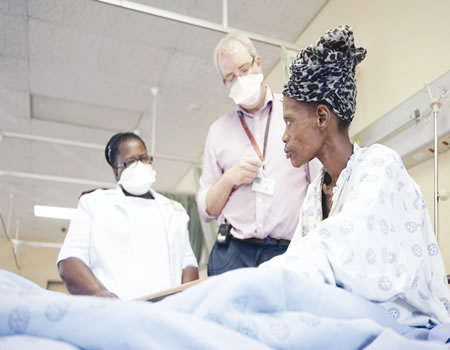 ON March 14 this year, results released by the Federal Government indicated a national HIV prevalence of 1.4 per cent among adults aged between 15 and 49 years. Previous estimates put it at 2.8 per cent. Presently, The Joint United Nations Programme on HIV/AIDS (UNAIDS) and the National Agency for the Control of AIDS (NACA) established to coordinate the various activities of HIV/AIDS in the country, in collaboration with the Federal Ministry of Health, guided the implementation of the survey by the Nigerian National HIV/AIDS Indicator and Impact Survey (NAIIS). It is estimated that there are 1.9 million people living with HIV in Nigeria.

NACA, in collaboration with the Federal Ministry of Health, also agrees that there has been a steady progress on increasing access to treatment for People Living with HIV, especially with the adoption of a test and treat policy way back 2016. Former Minister of Health, Professor Isaac Adewole, said this measure had further accelerated referrals to treatment facilities for people who test positive for the virus.

Recently, President Muhammadu Buhari added his voice to the development by welcoming the news that there are now fewer People Living with HIV in the country, than previously estimated. The president, to further ensure that more of such encouraging report continues next year, launched the Revised National HIV and AIDS Strategic Framework 2019–2021. The strategic plan is expected to guide the country’s future response to the epidemic.

“For the first time, the end of AIDS as a public health threat by 2030 is truly in sight for our country. I urge all of us not to relent but to increase the momentum. Let us work collectively and push for the last mile,” he said during the launch of the plan.

While commending the development, the Executive Director of UNAIDS, Michel Sidibe, urged Nigerians not to let down their guards.

“Let us use the results of this survey to better focus our delivery of HIV prevention, treatment and care services to the people in the greatest need and ensure that Nigeria gets on track to end the AIDS epidemic by 2030,” he said.

However, the journey to where Nigeria presently stands in the global ranking of people with HIV, however, did not just start. It has taken concerted efforts by several agencies, NGOs and government support to achieve this. UNAIDS has been working closely with global and national partners  such as United Nations High Commissioner for Refugees (UNHCR) World Health Organisation (WHO) and the World Bank, towards ending the AIDS epidemic by 2030 as part of the Sustainable Development Goals.

Why HIV\AIDS was common

Many people blame the prevalence of HIV in Nigeria and Africa generally on poverty. The almost two million People Living with HIV is still considered to be on a high side and many are skeptical about Nigeria eradicating the scourge by 2030.

Dr Yetunde Adekoya of the General Hospital, Suleja, Niger State, said poverty was the reason Nigeria may not be able to meet the 2030 date unless millions of Nigerians are lifted out of poverty.

“Poverty is one of the factors driving the spread of HIV. Poor people are likely to be ignorant of the mode of transmission of this virus and how to get tested and treated for it. A poor person may likely share contaminated/non-sterilised sharp objects, possibly have unprotected sex with multiple partners and may not visit the hospital to seek care if infected. A poor pregnant mother may also not take medications or receive quality maternity care to prevent transmission to her unborn child,” she said.

Dr. Adeoye Samuel of Joy Hospital and Maternity Centre, Oke-Ado, Ibadan, Oyo State, also fears the negative impact of poverty on eradicating HIV in Nigeria. According to him, single girls are the most susceptible to HIV where there is poverty.

“Most commonly, single girls who don’t have anybody to take care of them, and have multiple sex partners, risk contracting HIV and therefore, contribute to the higher prevalence of the disease. It is well known to everyone that poverty has become a part and parcel of the Nigerian society. Other factors that play their parts are the people that patronise quack medical practitioners who give injections from used needles contaminated with HIV and AIDS and those who impregnate women with HIV and pass it to the child in the womb,” Dr. Samuel said.

Dr Ganiyu Aremu of the Federal Medical Centre, Jabi, Abuja, also named poverty as a key factor in the increased transmission of HIV/AIDS.

“Many young ladies take to prostitution because of lack and want. The increased rural-urban migration, caused by poverty which bites harder in the rural communities, has increased pressure on housing in the urban areas. This has a way of forcing young ladies to live in a way that increase their exposure to unprotected sex and thereby contracting Sexually Transmitted Infections, including HIV/AIDS.

“Also, poverty has forced a number of young girls to seek support in older men for sustenance. Such men regularly exploit the ladies for sexual pleasure. Poor people also get exposed to blood-borne infections because of lack of fund to patronise good hospitals in case of ill health. That means increased risk of being treated by unqualified people with the attendant risks of disease transmission through non-sterilised needles and syringes and other instruments,” he said.

Dr. Olawale Dauda, HIV/AIDS unit, Osun State Ministry of Health, Osogbo, also told Sunday Tribune that poverty increases the risk of HIV/AIDS because it drives the unemployed into unskilled migratory labour pools in search of temporary and seasonal work, which increases their risk of HIV/AIDS.

“Poverty also propels girls and women to engage in transactional sex for good and other means of livelihood. Poverty fosters a fatalistic attitude that manifests itself in indifference to high risk sexual and other behaviours,” Dr. Dauda said.

In recent years, it is believed that there has been a significant expansion in the country’s response to HIV as the number of sites providing treatment has more than tripled, just as the number of outfits providing services to prevent mother-to-child transmission of HIV has increased eightfold. Added to that, the number of HIV testing and counseling outfits has increased fourfold. About 11.3 million adults were said to have been tested and counseled for HIV in 2016, four times as many as in 2012.

However, since poverty appears to have become a permanent issue in the country, is Nigeria doomed to be ravaged by the killer viral disease?

Dr Aremu believes there is a way out. “We should improve governance in Nigeria. Campaign for good leadership is the responsibility of all of us. We need to intensify campaign such that people understand the risks involved in engaging in unwholesome health practices, prostitution, among others. More attention must be paid to primary healthcare, which must be available, accessible, affordable and acceptable to the populace.

“Anti-retroviral drugs must be made available to the infected people both to cater for their health and reduce the risk of transmission to other healthy people. Also, people must be encouraged to know their HIV status. This will help in treating the affected population and counseling them to prevent transmission to their healthy sexual partners.

Dr Dauda on his own part said that poverty is not the only driver of HIV/AIDS. Government has been taking steps to reduce poverty in the country through various intervention programmes like Tradermoni, N-Power programmes, recruitment into civil services and parastatal agencies and encouragement for small and medium scale enterprises. The (SMEs) interventions to reduce poverty alongside others targeted at other drivers of HIV/AIDs have given a lot of hope.

“Other steps that give way out are to seek and coordinate care and treatment for workers living with HIV/AIDS. Programmes should be created to mitigate the effect of HIV/AIDS in careers, household, orphans and communities. Also, people should support NGOs and CSOs, as well as support HIV/AIDS policies and programmes and actions taken by workers and employees organisation in Nigeria.

“There should be public information, education and communication about prevention and behaviour change, while we should have targeted programmes for groups at high risks, including youth, migrant workers, women, among others, he said.”

Dr. Adeoye, however, urged government to engage in public enlightenment about the mode of HIV spread. “Nigerians should be enlightened about sex education. People should also be honest with their partners and avoid multiple sex practices. Lastly, people should know their HIV status. By so doing, we will be able to curb the rate of HIV spread. If someone engages in multiple sexual practices, protection is the most important thing to consider,” he told Sunday Tribune.

Dr Adekoya also said that hope is not lost as regards the contributory effect of poverty in the spread of HIV in Africa.

“With health education and public enlightenment, the spread of HIV has been curbed to a large extent. Thankfully, the ABC of prevention of HIV: Abstinence, faithfulness to a mutually faithful partner and correct/consistent use of condoms are not financially dependent. In many centres across Nigeria, treatment for HIV is available and free. Thanks to the Federal Ministry of Health and donor agencies. The higher the number of suppressed HIV+ individuals, the lesser the risk of spread,” he said.

How the next generation can be HIV free —Idogho