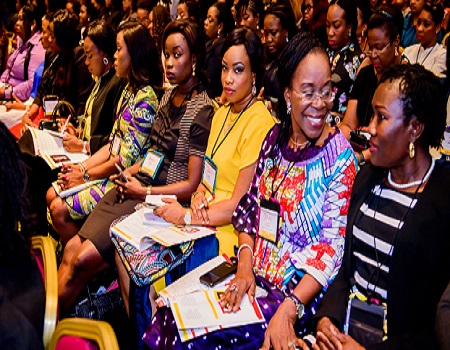 WOMEN have been called upon to show interest in politics as this remains a tool to allow their voices to be heard.

The call was made by Morenike Ahmed-Adeniran while speaking during the inauguration of Women In Leadership Advocacy Forum (WILAF), which held in Ibadan, the Oyo state capital recently.

She said: “Today, history is being made, we are launching that which will birth and showcase greatness for women in governance. We come together to say, Yes we can, give us the stage and watch us thrive.

Nigeria will have a better place if more women rise to the position of leadership. Our economy will be better if we are given the chance to contribute our quota because women are most affected by the consequences of bad leadership.”

Ahmed-Adeniran, however, called on women who have interest in politics to join forces with WILAF as it takes its advocacy around the country beginning from Oyo state, through its various programmes, especially empowerment programmes for women and youths.

She equally expressed confident that the administration of Oyo state under the leadership of Mr Seyi Makinde with support from his wife, Tamuniminini Makinde would definitely make a difference in promoting the goal of WILAF which is to have more women that are adequately and actively represented in leadership and governance.

Speaking on the occasion, former majority leader, House of Representatives, Honourable Mulikat Akande, said: “if we want Nigeria to be successful and be like developed countries of the world, we should take women issues seriously.

“Women constituting 52% of the population should be put where they actually belong. Women should come together to liberate themselves not about political affiliation,” She concluded.