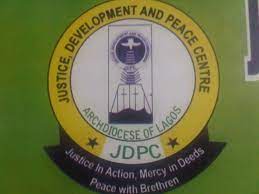 The Justice Development and Peace Centre (JDPC), Akure, the convener of Stop Violence Against Women in Politics (VAWIP) said women are underrepresented in politics, particularly as political leaders and elected officials despite their numerical strength.

The group, which stated this during a press conference in Akure, the Ondo State capital, said women have been sidelined and marginalised in terms of political representation.

It, however, said women should be encouraged and supported regardless of party affiliations in order to seek political office.

According to the group, the hope and momentum for advancing women’s full and equal political participation have never been stronger in Nigeria.

“Simply put, when women lead equally (as men) in the political arena, it makes for stronger decision-making and more representative governance. Women in politics work across party lines, even in the most politically combative environments, and champion issues such as parental leave and gender equality laws that strengthen communities now and for generations to come.