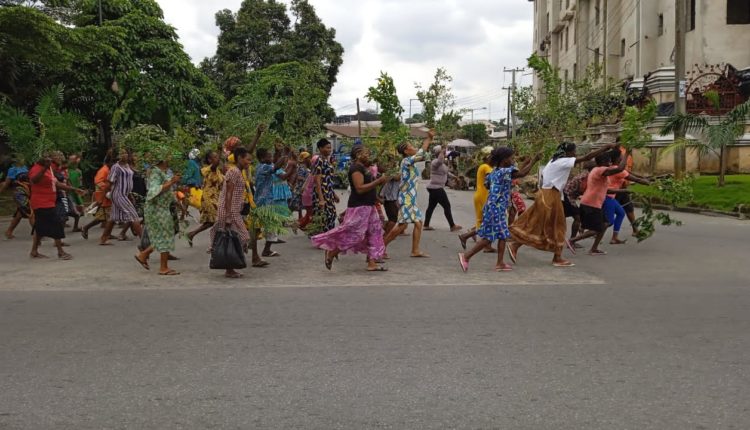 Scores of aged women working as road sweepers under the Calabar Urban Development Authority (CUDA) have protested through the streets of Calabar to the Governor’s office, demanding for their N7,500 per month accumulated six months unpaid salaries from the government.

The women, who mostly are aged, spoke angrily while matching across the streets to the government house on Thursday morning.

The women lamented using their own monies to provide working tools for their jobs and yet not being paid for six months.

The protesting women said they have been owed for six months and tricked by the Commissioner for Environment, Mfon Bassey, as well as their supervisor, Eno Edem.

The women marched from the Efio- Ette Roundabout down to Murtala Mohammed highway.

Most of them said they are widows with children who depend on the token given to them for survival, still, sweep on daily yet nothing to show for.

When contacted, the Commissioner for Environment didn’t take his calls as at the time of this report.