Wondrous World of Women
By Tayo Gesinde On Feb 6, 2019 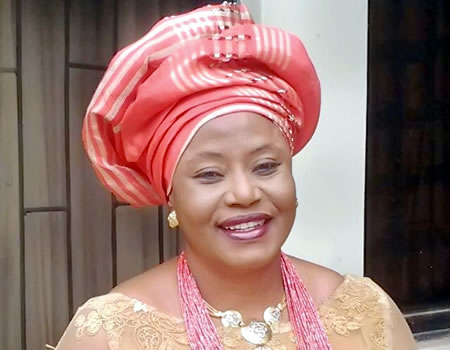 Deaconess Doyinsola Ogunbiyi, a three-time commissioner in Ogun State is the convener of Voice Of Ogun Women (VOW), a non-partisan gender-based interest group, comprising female indigene of Ogun State by birth or marriage. In this interview with TAYO GESINDE, she speaks about the need for women to occupy political positions and be accountable in offices, especially in defending the rights of women.

What brought about VOW?

It was borne out of the hunger and thirst for the recognition of women and having them in their rightful places in governance and the society at large. We want the voice of Ogun women to be heard and reckoned with. In the past, a lot of things happened to women and nobody is championing their cause. They don’t have a voice. So that was why VOW came into existence. Also, we need to let women know their rights in everything they do. We are convinced within us that women deliver results. We want our families to be adequately catered for. If we women don’t fight for our families, a lot of government policies affect our families; children and husbands that concern us. If we know what we want, we will be able to tell the government what we want. We also need to make them accountable for what they promised us. We are going to be a voice that everybody will want to listen to anytime an issue concerning women is raised. We will also fight injustice and discrimination against women in the state.

We have so many women groups and association in the country fighting for the cause of women. What do you intend to do differently to get more results?

This body is driven on moral authority. We will make sure our integrity is intact so that whoever we are talking to have confidence in us and believe in us that we will do whatever say and not compromise. We will ensure that build self confidence in women so that they can fulfil their purpose in life. We will encourage women to stand by their rights and truths at all times. We will make sure this body has an input in recommending or nominating women for political positions. The crops of women in government nowadays are disconnected from the women of Ogun. We don’t see them on our streets, they don’t go to our markets, they are too distant and aloof. We must close the gap. We want someone who will listen to us, relate with us, wine and dine with us. Every woman in government is representing the women of Ogun and should not be far from us.

Is VOW actually representing all the women in Ogun State or just the elite?

It is not an elitist group though that was how it actually started. I started the initiative on Facebook, so most of our members are educated. However, that doesn’t limit our membership. For instance, we had a meeting with governorship candidates in Ogun State last week and we invited the market women, trade groups and other women in Ogun State so we are not discriminating against any woman. Any woman can join us.

People are usually of the opinion that the motive of starting a group like this one, especially during this period is to make money. What do you have to say about this?

This group like I said is non-partisan, we have absolutely nothing to do with the politicians. We are not here to raise money. I have nothing I am looking for in terms of money. They know me and they know my antecedents. My profile is rich by the grace of God.  We are not working for any political party. We don’t want any part to hijack us that was why we rejected their offer of assistance for our governorship debate. Our interest is about Ogun women. We told our women that they should not bring their political affiliation to the group. We are not working for anybody and we don’t have anybody’s interest at heart. This vision is from God, it can’t be bought over. 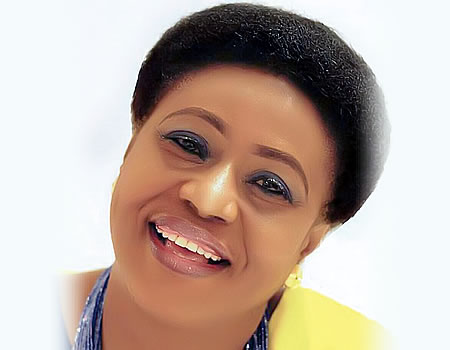 It is still believed that women are not given fair representation in politics. What are you doing to address that?

Women statistically have an advantage over men; we are over 50% of the electorate in Nigeria. We need to work on our numerical strength to ensure that we elect people who have our interests at heart. It might be too late now for us to mobilise women for this election but in four years time, we would have created enough awareness and sensitisation. Also, women will trust us to give them direction and focus. We are going to be a force to reckon with in the society.

What agenda should women set for the next government at all levels?

We at VOW have set agenda in the area of education, health and social welfare in accordance with the Millennium Development Goals. Affordable health, housing, social welfare, good infrastructure and a conducive living environment.

Why didn’t you contest for political office so you can do some of these things you mentioned?

Until the orientation of money politics is out of Nigerian politics and people decide to choose their candidates based on antecedents and merit, I won’t contest. Right now, the kind of money they spend for an election I don’t think I have it. I am very comfortable but I don’t have it. To me, what they spend money on during a campaign is a mere waste of money. That money can be used to affect a community positively. If a candidate decides to do Ota road with that kind of millions, how do you think the people will feel? The kind of wastage that goes into preparation for the election, I am not ready for it. I am a very modest woman. I am not extravagant by nature. I am a prudent manager. I have been in politics for some time, I will call myself a political technocrat because I didn’t go into the nitty-gritty of politics. I can’t be in the midst of lies and deceit because of my background.

What is your view on the saying that women are their own worst enemies?

Women are not their worst enemies. This is the cliché that men use to scatter us. This group will be a typical role model of women who can work together in harmony. My co-visioners keyed into the vision and are running with it. We are all working together to achieve a goal.

What advice do you have for Nigerian women as they go to the polls to elect their leaders?

How to raise funds to finance your events (Part 4)

80% of voters in Bayelsa have collected PVC, says INEC