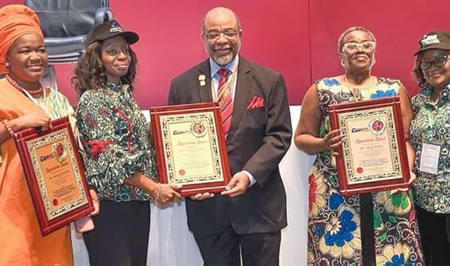 The Professor of Obstetrics and Gynecology stated this while presenting a lecture entitled: ‘Maternal and Neonatal Mortality’, at the 19th edition of the National Women’s Conference of Committee of Wives of Lagos State Officials (COWLSO), with the theme: ‘Unlearn, Learn and Relearn: 21st Century Women’s themes Perspectives and Approach’, on Wednesday, 23rd of October, 2019.

According to him pregnancy bleeding, hypertensive disorders, unsafe abortion, obstructed labour/ruptured uterus and infections are the major causes of maternal mortality.

The CMD lamented that over 600, 000 maternal deaths are recorded per minute and one out of thirteen women die from pregnancy-related causes, stressing that Nigeria is only second to India in terms of high maternal mortality rate.

He stated that women empowerment, women education, nutritional education, advocacy and awareness campaign about available health services and sex education are ways of reducing the rates of maternal and neonatal deaths in Nigeria.

He urged COWLSO to play roles such as advocacy, health education and community outreaches because women in Nigeria deserve a better reproductive experience than they are currently having and babies also deserve to live longer in better health.

Why society has a role in breaking culture of silence

5 ways to build an event budget

5 Ways To Build An Event Budget

The strength of an event manager