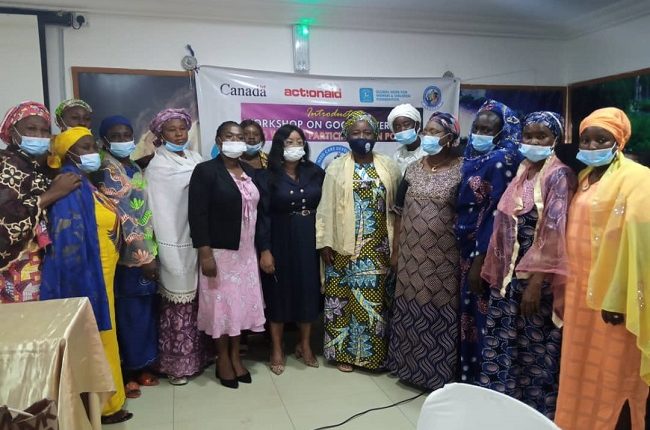 Women have been charged to participate more in political activities and governance in order to draw attention to issues affecting them and put in place policies that will favour womenfolks.

Speaking at a sensitisation programme on Inclusive Politics and Participation of Women in Politics for Elective Office in Ilorin on Tuesday, Coordinator, Media Advocacy and Technology Centre, MATEC, Malam Musa Aliyu, who was the guest speaker at the event, identified political party structures and system as one of the major institutions affecting women participation in politics.

The guest speaker also said that in order to achieve an attitudinal change towards women, the female folks themselves need to get involved in all aspects of the electoral process through independent actions.

The seminar was organized for women leaders of the All Progressive Congress (APC) by the Community Need Care Development Initiative (CONCED) with major support from Global Affairs Canada, Actionaids and Glohwoc

Other factors highlighted by the speaker, include outright discrimination, unemployment, high cost of politics, cultural and religious norms around marriage and indigeneship.

He, therefore, asked the women to rise up to the occasion to first form a strong bond, speak in one voice, network and promote awareness to get more women involved.

While urging them not to see politics as dirty, he said there is a need to effect legislative changes and raise financial support for women political aspirants.

VERDICT: MISLEADING-! UNICEF in its report explained that though there are different kinds of risks and harms that have been linked to children’s exposure to pornography but there is ‘no consensus’ on the ‘degree’ to which pornography is harmful to children.Women charged to participate more in political process