Women are most significant creature on planet ― Seyi Awolowo

Seyi was one of the top five finalists of the just concluded 2019 Big Brother Nigeria reality show. 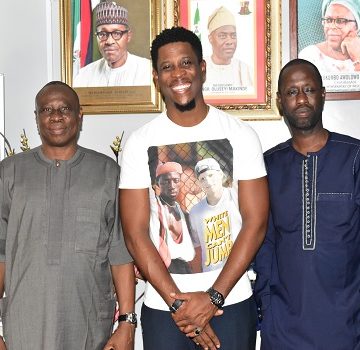 While fielding questions from the Tribune crew, Seyi applauded the role of women in national development.

He noted that the roles played by his mother positioned him in his endeavours, saying, “Women are the most significant creature in the world.

“My mum is my ultimate support system.

“Spare the rod and spoil the child, it is true, she didn’t spare it. She pulls me to herself when I need it, she is my everything.

“She is the utmost support system, that is why I respect women so much, I believe in them.

“Sorry to say, men, women are the most significant creatures on the planet.”

On the impact of the reality show on his business, Seyi revealed that the show has helped thrive his business and has also continued to open doors for him.

In his words, “it is helping it grow.

“I have not really paid much attention to my business but I am trying to give it as much time as I can in this free time I have.

“Right now, I am going on tours, talk to different people, a lot of doors are definitely opened on my behalf and I really appreciate it.”

He also relayed how reality shows helped to stabilise his temperament.

“Before I went to the house, I used to have temper issues but right now, there is nothing you want to say that can move me.

On subsequent projects he plans to embark on, Seyi said he has a lot on his hands which he is not disclosing to the press at the moment.

“A lot, this is a press house, that is why I am not saying it because everybody will know but the minute it comes out, you will all know.”