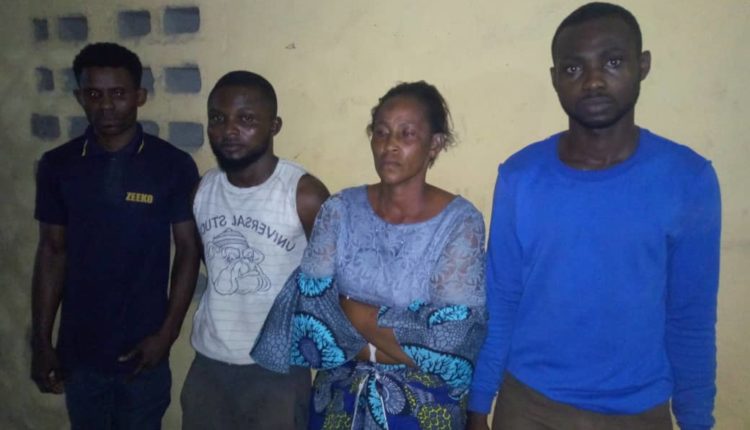 A woman and three men were on Sunday arrested by men of the Lagos State Police Command following the torture to death of the woman’s housemaid over allegation of theft of the woman’s N2,000.

According to reports from the state police command, the woman, Shade Moke, brought in three men to torture her housemaid, Halimat Sodiq, aged 16, following allegation that the housemaid stole her N2,000.

The housemaid was said to have died following the torture by the three men who then secretly took her remains to Atan cemetery, Yaba, for burial.

According to a statement by the Public Relations Officer of the state police command,
DSP Bala Elkana, the police on Saturday morning received an information that Shade Moke, the housemaid’s boss conspired with three others to kill Halimat over allegation of stealing.

Elkana said that the victim, who is a housemaid to Moke, was accused of stealing N2000 from her madam, an allegation she was said to have denied.

According to the statement, the madam allegedly invited three other persons, who tortured the girl to death.

Elkana said: “They allegedly buried her secretly at Atan Cemetery in Yaba Lagos so as to conceal the murder. The four persons, suspected of complicity, were arrested but they denied the allegations.

“They however admitted slapping the girl for denying that she stole the money.

“They claimed that the girl went into convulsion after drinking water and that the she was taken to three different hospitals before she eventually died,” the statement read in part.

The PPRO said that the suspects also denied burying the victim, claiming that she was buried by her own parents, adding that they are currently being interrogated.

Fasoranti, a legend at 94 ― Afenifere

Coronavirus or not, African migrants desperately push on in the desert towards Europe