Woman reported dead wakes up minutes before her cremation in India 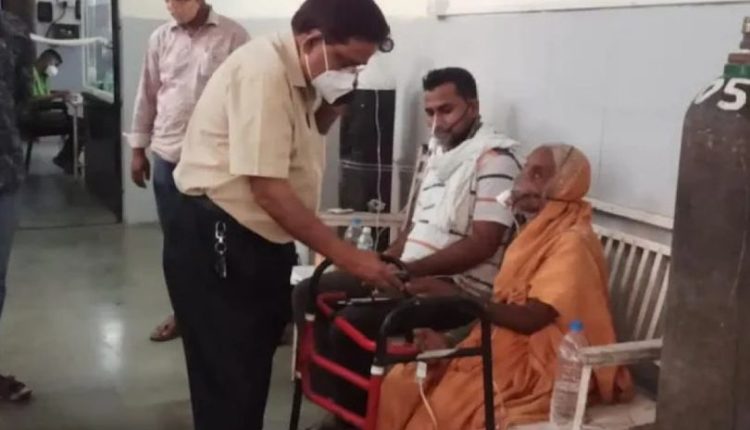 A woman who relatives thought had died from COVID-19 suddenly woke up minutes before her cremation, the Express of UK reported on Tuesday.

Shakuntala Gaikwad, 76, suddenly came to life in tears after being placed in a coffin while her family prepared her funeral pyre.

The elderly woman had tested positive for COVID and was self-isolating at her home in Mudhale village in the state of Maharashtra, India. By May 10, her condition worsened and her family rushed her to the hospital.

Gaikwad and her family had to visit a number of hospitals as no beds were available. While waiting in the car, she fell unconscious and did not respond when her relatives tried to revive her.

Assuming that she had passed away, the family took her home and prepared for her cremation. The family announced her death and informed other family members about her funeral rites.

But minutes before the pyre was set alight, Gaikwad suddenly opened her eyes and started crying, shocked to find her relatives ready to set her on fire.

Her family took her to a hospital and she is now receiving further treatment and tests.

India is now the epicentre of the pandemic with more than 24 million cases and 270,000 deaths.

The second wave of the virus is ravaging large parts of the country and many hospitals have run out of beds or oxygen to provide basic treatment.

Many of the country’s crematoriums have run out of spaces and dead bodies have been dumped in the Ganges river.

FULL TEXT: A viral post on WhatsApp is asking N-Power candidates to verify the status of their application and see if they have been shortlisted for the batch C cash grant…Woman reported dead wakes up minutes before her cremation in India

Woman reported dead wakes up minutes before her cremation in India