Woman in court for obtaining N750,000 on false pretence 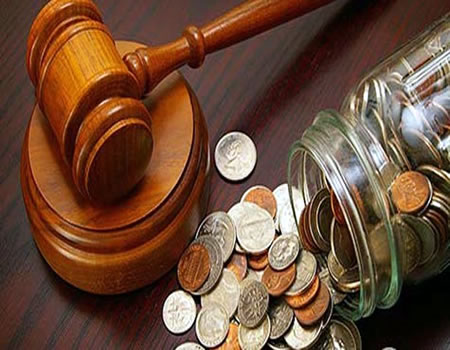 A 43- year-old woman, Justina Iheanachor, was on Thursday dragged before an Ikeja Chief Magistrates’ Court for allegedly obtained N750,000 from a man on the false pretence of securing a contract for him.

The accused, a businesswoman, who lives at 8, Ogundele Street, Ile Epo, Abule Egba road, Lagos is being tried for conspiracy, stealing and obtaining by money false pretence.

The prosecutor, Supol Clifford Ogu told the court that the offence was committed in September 2017 at Pipeline road, Oko Oba, Agege.

Ogu said that the defendant obtained N750,000 from one Mr Frank Anyika on the false pretence of securing a contract for him which she failed to do.

“Since then, the complainant has been asking the defendant to refund his money which she failed to do and the case was reported at the police station,” he said.

The offence according to the prosecutor contravened Sections 280, 314 and 411 of the Criminal Law of Lagos State, 2015.

The defendant, however, pleaded not guilty to the charges.

The Chief Magistrate, Mr J.A Adegun granted him bail in the sum of N100,000 with two sureties in like sum.

Adegun, adjourned the case till Nov. 12, for mention.