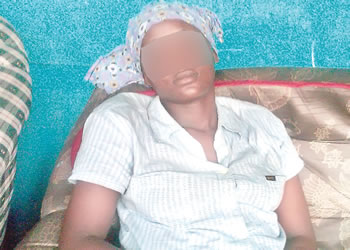 A 64-year-woman, Iyabo Adeoti, who allegedly defrauded a company of N3 million, was on Friday charged in an Ikeja Chief Magistrates’ Court.

Adeoti, a trader, who lives at No. 6, Old Otta Road, Alagbado, Lagos, is facing a two-count charge of conspiracy and obtaining under false pretences.

The prosecutor, Insp. Clifford Ogu, told the court that the offences were committed on May 10 at the AIT Road, Alagbado, Lagos.

“When the company was about to take possession of the property, it was discovered that the accused was not the owner.

“All efforts to collect the money failed and the accused was apprehended,” he said.

He said the offences contravened Sections 312 and 409 of the Criminal Law of Lagos State, 2011.

Akanni ordered the accused to pay N100,000 into the court chief registrar’s account as part of the bail condition and adjourned the case till July 13 for trial.