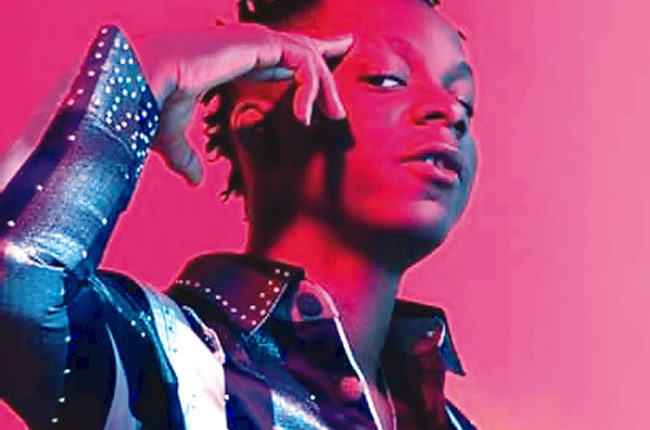 Star boi Terri, real name Akewe Terry Daniel, shot into limelight when he was featured on Wizkid’s ‘Soko’ and since then, has become one of the next rated Nigerian artistes making waves in the industry. He sat with entertainment journalists early this week to talk about his music and plans for 2021. ROTIMI IGE brings excerpts of the interview:

One of your most popular songs now is ‘Ojoro’, did you write it from a personal experience?

When did you start doing music?

I used to mime at home. We had a big TV that everyone used in turns because it was a large family; we literally took turns to watch TV. When it was my time to use the TV, I was only watching music videos and my father would ask why that was the only thing I did. Later, I met another producer who liked me; I didn’t need to pay. I had the opportunity to record a lot of songs. I later won the Youth City people’s award, which was my first form of exposure.

You said Wizkid is your idol, why?

Yes, he has always been. Africa is blessed and the Afrobeat  sounds new every time, even 2021 is feeling like that; a new start for something. That is the energy.

How did you meet him?

I did a cover to one of his songs which he did with DJ Jimmy Jatt in 2018 online. I got a message that my song had been seen and ‘they’ would like to work with me. He saw the video and he had asked me to come and from there, we recorded ‘Soko’ and all. He has been everywhere I am aiming to be and it is easy to just get out of situations I find myself because he shares his experiences with me.

How was the whole process releasing ‘Soko’ which is one of the biggest songs by him?

I had to leave home to focus that time. When I did the cover, it was the first time and the next time was when he recorded a song and he wanted me to do a verse on the song. So he left the studio for me to do my thing. It was quite a big deal. For an artiste to be on that kind of huge song, there are expectations. He already put me on a level, process, and the song already did that. So, I needed to enjoy the moment and calm down to know what I can do and what I can be. I dropped a single after and I did it well. It was a great feeling. I had to repost about 50 videos everyday from everywhere, it was not just Nigeria.

A lot of people say you sound like Wizkid, how is that so?

I get to make music by myself most of the time because Wiz is not really in the country. I feel like a lot of people, young acts, get inspiration everywhere and I do not knock myself out and say I must sound like Wizkid. When I pick the microphone, I just sing and if you think I sound like him, fine.  The fact that anytime you hear Terrri sing is good vibes and good music is what is important to me. But if you ask me, I do not exactly sound like Wizkid.

How long did you record your verse on the song?

It took me bewteen 15-20 minutes, it was the end that made me stop and think for a while and when I got it, I just wrote it down. Wizkid was downstairs and when he came up, the reaction was ‘whao’. I didn’t know the song would be big, neither did I know Ceeza Milli; I just knew him from listening to his music.  I had no idea he was going to be on the song. I just followed the process. The love was real. A lot of young people my age were connecting with the energy and it was a time to connect with people and just have an idea how you want to live your life and how I wanted people to see me.

What do your parents think about you having to drop out of school to pursue music?

I only deferred and I think my parents understood that when I had a chance to get a record deal, I had to take it and its like Wiz is the biggest thing and it was a chance so it was not hard for me to choose.

So your parents are supportive?

Yes, they are supportive. They call me every day, talk about liking what I post such as pictures. My siblings support as well.

What project are you embarking on now?

I am dropping a song in few days titled ‘Come around’ as my Valentine gift to my fans. It is my first song for the year and I am going to be releasing other projects later in the year.

We have new kids on the block, what makes you unique?

I think everyone is different and Afro beat is diverse. The new ones coming up are blessed and what we need to understand is that you can just be in your corner and do your thing and pop. I am focused on doing myself and I think everyone is good, there is a huge wave of people, of talent and it is crazy. You can have different feels on a song; you will listen to a song now and you can’t predict the feel you will get from it. With a new artiste, there is a different vibe and energy and even though people say they sound alike, I know that there are different things to give but it is just about understanding your power and dishing out that energy.

There are many flash-in-the-pan artistes who fail for lack of strategy. What are your plans?

I am always in the studio. I don’t do anything else but the music. I know I am not distracted. I think everyone who went under the radial probably went to do something else and they couldn’t put themselves in a place to do music. So I protect my energy a lot. A lot of things happen online that can put you in a state. I ensure I take myself off it and I don’t want people to see me as a comedian, or a skit maker, I just want to be seen and known when I come to people’s mind when think of my music. The music is what it is. Being aware of what is going, what I sound like and I am working on myself is what I need. So, I am just really staying true to myself it.

When you are making music in the studio, what does it feel like?

I am very playful. I like to laugh or I am just disturbing someone. We have fun.

What is your Valanetine’s Day plan?

I will be in Ghana. I will probably find an Accra babe to take me sightseeing. I know everywhere in Lagos.