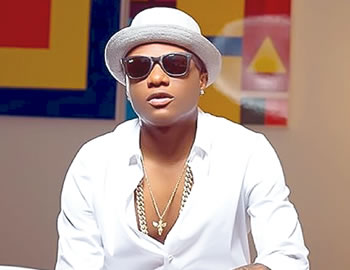 Wizkid is not slowing down on his dream to conquer Africa with his songs. Weeks after news came to town that the singer was planning another big collaboration after he was sighted in the studio with American hip hop singer, Chris Brown, many people have been asking what  he could be up to.

In fact, there were reports that the collaboration was another publicity stunt from the Wizkid and his handlers at that time.

Wizkid finally laid all doubts to rest on Friday when he announced the new single, Shabba, via his Instagram page. The song featured Chris Brown, Trey Songz and French Montana in his latest single.

Although it was yet to be ascertained whether it was Wizkid who featured Chris Brown or otherwise, ealier on Friday, a version of the song was released online and a report stated that Chris Brown actually featured Wizkid,  Dallas rapper Hoody Baby and British rap collective, Section Boyz.

It remains to be seen who featured who in the new single. Head or tail, the song has been welcomed by Wizkid’s fans and it is obvious that they can’t wait to have a feel of it when it is finally released.

Davido, Wizkid: The war is far from over!