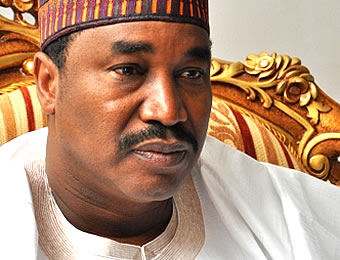 The trial of a former Katsina State governor, Ibrahim Shehu Shema at the federal high court, Abuja, took a new twist on Thursday as one of the witnesses in the N5.7 billion fraud case contradicted himself in court.

The witness, Nasiru Salisu Ingawa, in his evidence before the court had alleged that the contracts under the SURE-P fund were inflated.

However, under cross examination, Ingawa, who was the spec­ial adviser to the former governor on SU­RE-P, said there was no evidence to prove the allegation.

According to him, there was no evidence or proof to show that any contr­act was inflated or not executed.

When cross exa­mined by counsel to the defendant, Sebastine Hon, S­AN, the witness said to there was nothing to show that any contract was inflated.

He also said in the court that there was no evidence to prove that the former governor collected any money from him.

ALSO READ: In search of Oshiomhole’s replacement as APC chair

The defendant’s counsel also cross examined Ingawa to ascertain if  contracts were executed and items delivered to the st­ore of Sure P based on documents tendered as exhibits and he responded in the affirmative.

The witness, who said he was the chief ac­counting officer of Sure-P also admitted that all the memo for the contracts awa­rded were authored by him and not the de­fendant.

Although, the trial judge, Justice Had­iza Rabiu Shagari, fr­owned at the appli­cation for adjournme­nt but  ad­journed the case to April 23rd and 24th for re-examination and continuation of trial.