With N110m monthly, Jigawa Assembly has no reason to complain of insufficient funds ― Ex-speaker 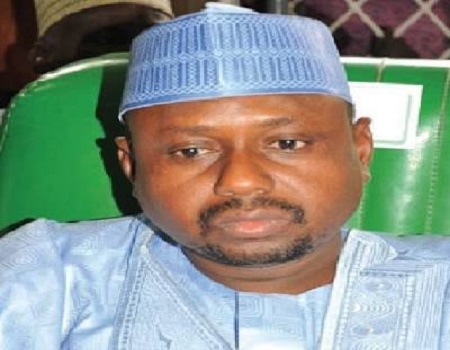 The immediate former Speaker of the Jigawa State House of Assembly, Alhaji Isa Idris has claimed that with the total sum of N110 million,  the assembly has no bases to complain of insufficient funds to reduce the number of the House’s standing committees.

The former speaker made the disclosure in a press conference over the weekend while responding to a claim by the Speaker of the Jigawa State Assembly, Honourable Idris Garba Jahun, who announced the dissolution of four standing committees of the state Assembly on the ground of insufficient funds in the House.

Alhaji Isah Idris, a member representing Gwaram constituency said, “I was a speaker in the house for about three years. I was given the sum of N110 million monthly, we transparently run the affairs of the House with 30 standing committees of the house with no complain, I wonder why he (the speaker) is now complaining.”

He noted that “even in the recent budget reviewed where the size of the budget cuts, the executive governor Alhaji Muhammadu Badaru Abubakar did not reduce any kobo from the state’s assembly’s N110 million monthly allocation.”

The ex-Speaker along with three other assembly members vowed to challenge the speaker, Alhaji Idris Garba for stripping them of committees they were chairing.

The aggrieved members who include the former majority leader from Gumel constituency Alhaji Isa Isyaku who was until his removal, Chairman Emergency relief, while the former chief whip from Ringim constituency, Alhaji Aminu Sule was the chairman House committee on due process.

ALSO READ: Rape: No punishment too severe for rapists ― Adeboye

The embattled members have accused the Speaker of violating section 118 of the assembly standing rule by not following the appropriate process to punish them, also insisting that the state governor Alhaji Muhammad Abubakar Badaru was complicit for supporting the actions of the speaker of stripping them of their responsibilities.

Alhaj Idris declared that the claim by the speaker that their removal was connected to the present economic realities of the country as frivolous and sheer lies even as he claimed that the monthly allocation of N110 million was not tempered with.

He said, “we are aware of the grand plan by the speaker through the advice of the state government to frustrate us from speaking out on irregularities happening in the state.”

Recall that the speaker had on Thursday announced the stripping of the said committees from the members and directed that member, Abubakar Sadiq Jallo representing  Hadejia to oversee the committees.

Do Black Lives Matter In Nigeria?
The sheer wickedness of his murder by the police turned George Floyd into a global figure as the world rose in one accord to condemn the inhuman treatment meted to him which resulted in his death. As soon as the video of Derek Chauvin, a former Minneapolis Police Department officer, kneeling on the neck of…Jigawa Assembly Jigawa Assembly Jigawa Assembly Read full story

Rape: No punishment too severe for rapists ― Adeboye