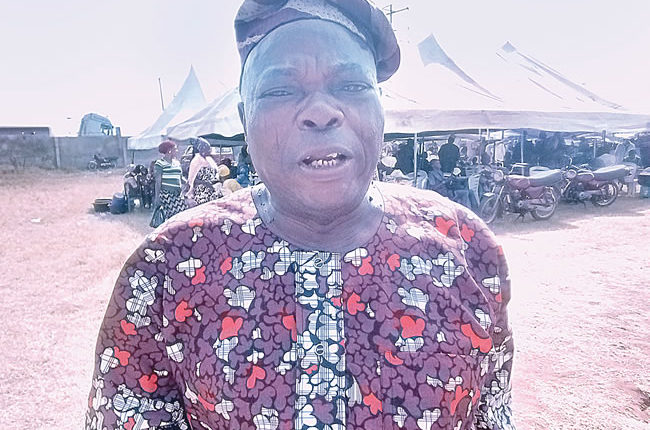 A chieftain of the All Progressives Congress (APC) and staunch supporter of former Governor Adebayo Alao-Akala,  Alhaji Raheem Aremu Agunyanmole, in this interview by SUNDAY ADEPOJU, speaks on how Akala factor will help APC to unseat Governor Seyi Makinde and other political issues.

How will you describe the chances of the APC in next elections?

What you just said is visible to the blind and audible to the deaf. Let us even leave out the gigantic Alao-Akala out of it because he is the father of them all, whether you are in APC, PDP, and so on. We have about 90 per cent of notable politicians in Ogbomoso in APC now. We have Senator Abdulfatai Buhari; Senator Brimo Yemi Yusuf; Senator Ayo Adeseun; a three-term representative in the Green Chamber, Honourable Segun Odebunmi; Minister for Youths and Sports Development, Mr Sunday Dare; among many other members of the national and state assemblies. We also have political functionaries at the Federal Government level. This list of notable leaders in the party is endless. This indicates that the PDP should go and rest and stop basking in the delusion. Tell me who is still out of APC among notable leaders in the zone. Maybe, Honourable Mulikat Akande-Adeola, who is, though, in the PDP. And worse still, what is still her fate?

Governor Seyi Makinde has been applauded in many areas since he got to power. What is your assessment and what do you think will be the outcome of the 2023 election in Ogbomoso and in the state as a whole?

People, at times, get confused on some issues. The immediate past governor of the state, Senator Abiola Ajimobi, spent eight years. He received, at some points, awards of best governor. Since Governor Seyi Makinde got to power, the debt profile of the state has drastically increased. And this will affect the masses. This is very serious. Very many people will just sing-praise without looking into the effect of some of the government policies. The government is only a populist one. Let us talk about security situation. Lives and property are not well secured, unlike what we experienced under Ajimobi. Non-political residents of the state may not understand. But, we, as politicians, understand the strategies. All that he is doing now is to work towards the election period. We do know.

I want to advise the electorate in Ogbomoso and the state at large to study the progression and what any government should really focus. Let them make their decisions with sound minds and not to be cajoled by the issue of payment of workers’ salaries. Those in the APC now are set of people who have performed brilliantly well while in government. The records of Alao-Akala are there and are unbeatable in all sense. Our leaders are superb. In our senatorial district and Ogbomoso, we must give kudos to Senator Buhari, and in our zone, Honourable Odebunmi, and so many others. They have done well for the community.

Since the demise of Senator Abiola Ajimobi, there has been leadership vacuum, so to say, in the state chapter of the APC. Who do you think should be the state leader of the party?

Before Ajimobi died, he had picked Alao-Akala as the most qualified to lead the reconciliatory committee. Of all the leaders in the party, he is the only former governor. Apart from his career in the police, he rose from being a local government chairman to deputy governor and governor in the state. No one equates the strength of Alao-Akala in the state APC. He is unrivalled. Let me also add that in the history of Oyo State, no one has equaled the impact of Alao-Akala. Many people of Ogbomoso origin and beyond who are now in the PDP today are products of Akala’s political school. The following were established by Alao-Akala: Honourable Akande-Adeola, Senator Hosea Agboola Ayoola, Honourable Segun Ogunwuyi, among other politicians and technocrats who are now in the PDP. In history of Ogbomoso and, even, beyond, Alao-Akala is the one who has raised notable politicians. So, all the politicians in the PDP, what do they have to rival our leader? He has called all and sundry to sumptuous political feast. Akal has always been a decider and a leader of all, whether you are in APC or PDP or any other party.

People have said that problem could erupt when the APC wants to pick the candidate for the Ogbmoso North, South and Oriire federal constituency. I am happy to say that APC is well-structured. Before that time, everything will come easily. When we get to the bridge, we will cross it.