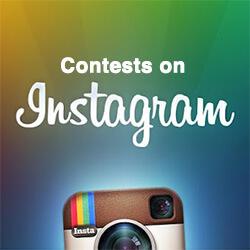 After almost one month of a keenly contested Instagram competition organised to give back to fans tagged: “Oche2fans: I Know You Know IG Contest”, a die-hard fan of this fast rising Nigerian act, Oche Peter, fondlycalled Young Oche, has won the cash prize of N50,000 for being creative with his entry which later got him the highest number of views.

In a press release signed by the artiste’s management team, the winner has been officially announced and of all the creative entries that were submitted at the opening of the competition on 5th of November, one of the participants, who later emerged winner, identified as @decrozz, was able to amass a total of 5,476 views on his video submitted on the November 17, 2016. The video can be viewed on @youngoche ’s page on IG.

“Apart from the cash prize, the winner will be featured in the video of the song “I know you know”. However, the competition was put in place to show gratitude for the overwhelming support for Young Oche so far and to build further bridges even as we hope for  greater heights,” the statement read.

Castro: A significant but ambiguous legacy