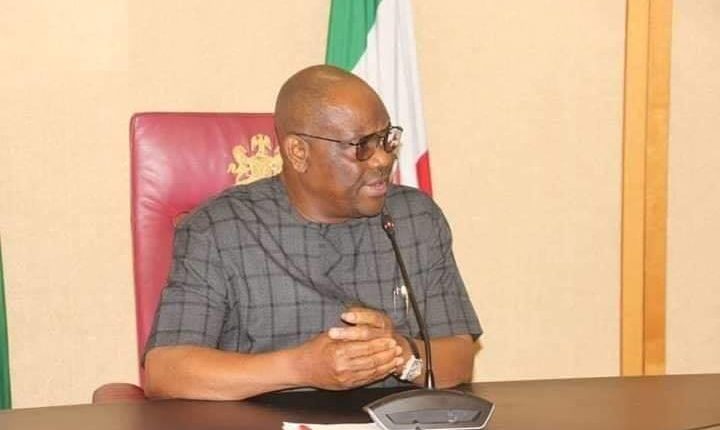 Governor of Rivers State Nyesom Wike has dismissed speculation linking to nursing a presidential ambition as a distraction.

The Governor made the clarification when he appeared as a guest on national television stating that his focus was to deliver quality governance to the people of Rivers State.

“Right now, I am focusing on delivering the dividends of democracy to the people of Rivers State, recall that in 2018 and 2019 when I was supporting my friend Aminu Waziri Tambulwal, it was speculated in the media that I was going to run with him. That was my first tenure and I have not even completed it and they wanted me to give that away.”

“To clear every speculation, let me state that I am not going to run for the office of the president of Nigeria for now. I am concentrating on developing Rivers state. I am not a party to anybody saying that the problems in PDP are about 2023.

“That can be the problem in APC because it is the ruling party. This the last tenure of Mr. president and he is going, so people are hustling to take over from him within his party. PDP has nothing to do with that because the way it is now, we are taking over from nothing.

“Now, I just started my second tenure and you’re talking about the presidency. When that enters anybody’s head then that person will not be able to provide the dividends of democracy to the people. And that is the problem you see in APC because everybody is thinking of taking over from the President instead of concentrating to do their work.

“They don’t even know the minds of Nigerians. But because of the kind of politics we have, people feel since Mr President is leaving, they do not want his party to lose out. How will someone in an opposition party begin to contemplate of running for the presidency when I still have time to provide things for my state,” he said.

Commenting on former Vice President Atiku Abubakar’s aspiring to contest for the presidency again, Governor Wike said it is a fundamental right that cannot be denied.

He, however, said it is too early to determine who will fly the presidential flag of PDP because the focus is on how to get the party more organised in order to secure more political seats.

“I am not interested in who wants to run for now. I am more interested that PDP should become more organised. Let us get more political seats. When the time comes, we will all sit down as a party to decide on who will fly the flag.

“Again, let me say, on whether I will support former governor of Rivers State, Chibuike Amaechi if he decides to contest for the presidency as you have asked. I am a party person, so if he is running on the platform of PDP for presidency why won’t I support him. I cannot do anti-party at this level to support a non-PDP candidate,” he said.

On zoning of PDP presidential ticket to the north, Governor Wike said the national executive council of the party has not taken a final decision.

“We will come together to resolve issues because we are a family. Outsiders can not do things that will divide us. What we are interested in now is how we can remain united to take over power from APC that has failed Nigeria.”

“APC should not be allowed to continue to keep the country in its present calamitous state. We want to take over to move Nigeria forward,” he added.