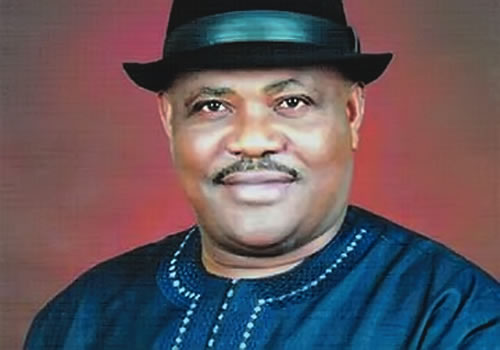 Governor Nyesom Wike of Rivers State has expressed sadness and shock over the death of the state Police Commissioner, Mr Francis Mobolaji Odesanya.

According to statement issued by the Inspector General of Police, on Tuesday, the late top police officer was said to have died in a hospital in India after a brief illness.

Wike, in a condolence message issued by his media aide, Simeon Nwakaudu, described the late police commissioner as a thoroughbred professional who played a key role in the successful fight against crime and criminality in Rivers State.

The governor added that the quality contributions of the late Odesanya would be missed by all members of the Rivers State Security Council.

He condoled with the Police High Command, officers and men of the Rivers State Police Command over the loss and prayed God to grant the family the fortitude to bear the irreparable loss.

In a related development, Senator Magnus Abe has described the late Rivers State Commissioner of Police as a true professional.

Abe, in a statement issued by his spokesperson, Mr Sarah Benson, said he was shocked by the death “of the fine and gallant police officer”.

Senator Abe who is the chairman, Senate Committee on Federal Road Maintenance Agency (FERMA), said the late police commissioner was a true professional who carried out his duties with sense of responsibility, commitment and diligence.

He regretted that late Mr Odesanya died “at this critical period of our national life, when his professional service, competence and capabilities were needed in containing threats to national security and ensuring crime free society”.

He described the late commissioner as a patriot, who was principled, dogged and brave in fighting crime, pointing out that the people of the state would miss his efforts dearly.