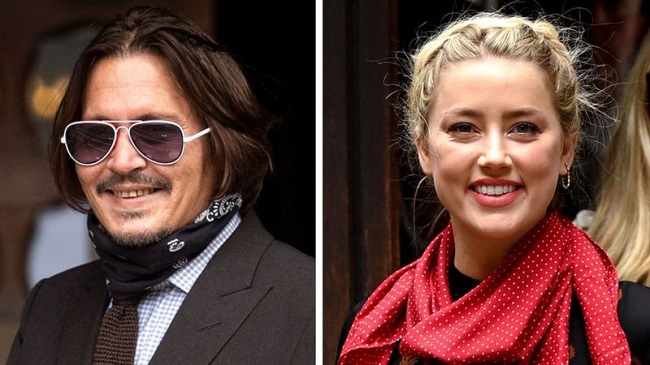 Johnny Depp has lost his libel case against the Sun newspaper over an article that called him a “wife beater”.

According to BBC, Mr Depp, 57, sued the paper after it claimed he assaulted his ex-wife Amber Heard, which he denies. The Sun said the article was accurate.

Judge Mr Justice Nicol said the Sun had proved what was in the article to be “substantially true”.

He found 12 of the 14 alleged incidents of domestic violence had occurred.

A spokesperson for the Sun said it had stood up for domestic abuse victims for decades, and thanked Ms Heard for “her courage in giving evidence to the court”.

The trial was heard over 16 days in July at the Royal Courts of Justice in London.

In a statement, Ms Heard’s lawyer in the US said: “For those of us present for the London High Court trial, this decision and judgement are not a surprise.

“Very soon, we will be presenting even more voluminous evidence in the US.”

Mr Depp is suing Ms Heard in the US in a separate case, over an opinion piece she wrote in the Washington Post. Mr Depp says the article implied he was violent towards her.

In his ruling on Monday, the judge said: “I have found that the great majority of alleged assaults of Ms Heard by Mr Depp have been proved to the civil standard.”

The allegations of violence spanned the period between 2013 and 2016, when the couple split.

In one of the incidents, in Australia in 2015, Mr Depp was allegedly physically and verbally abusive towards Ms Heard while drinking heavily and taking drugs. Mr Depp accused Ms Heard of severing his finger, but the judge said he did not accept Ms Heard was responsible.

“Taking all the evidence together, I accept that she was the victim of sustained and multiple assaults by Mr Depp in Australia,” said Mr Justice Nicol.