Why we sent back 42 Northern youths ―Ondo govt

• As govt warns against jungle justice 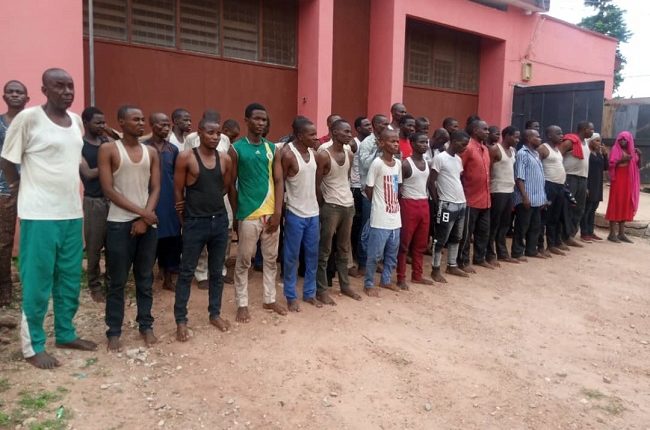 More facts emerged on the entry of some 42 youths from the Northern parts of the country into Okitipupa in the Okitipupa Local Government Area of Ondo State, just as the state government on Sunday ordered their repatriation back to their various states.

The entry of the men who said they were in the state for security training created tension in the community following the alarm raised by the residents, calling the attention of the Amotekun corps to the development.

Speaking on the arrest of the youths, the state Commander of Amotekun,, Chief Adetunji Adeleye, said the 42 men were arrested following their inability to explain their mission in the state.

According to him, the youths, who hailed from Kano and Jigawa states, claimed that they were invited to the state by an agent who wanted to engage them as security guards to monitor and guide pipelines in the state.

Adeleye explained that “In the last three days, there have been issues relating to the invasion of the state by alleged Northern youths. Our intelligence showed us the influx of some people especially to the Okitipupa Local Government Area of the state. So, we monitored and we found out that they converged in front of the army barracks in Okitipupa.

“They were there for a couple of hours and at that point, we tried to find out what their mission was, but because they couldn’t give satisfactory explanations, we moved them to our local office first in Okitipupa to try to debrief them and from the debriefing at Okitipupa, we had to move them to the state headquarters for proper debriefing.

Speaking on the sponsors of the youths, Adeleye said “from the detailed investigation, we able to narrow it down to their sponsors.

“The sponsors also claimed that they belonged to an NGO, that they contracted out the training to a consultant who was supposed to train their men. They said they were going to train them as security guards.

“But as part of our discreet investigation, we found out that the  consultant had been arrested in Delta State and I confirmed from the Delta State Police Command as of today that he’s still in their custody. So, we intend to release them, we will release all these ones and ensure that they are taken back to their states.”

He explained that they decided to release them because “right now, we look at them as a security risk to the state, and at this point, we invited the sponsors, the head of the NGO and Chairman of the board have also offered an explanation.

“But we feel that we should let the people of Ondo State know that there is no crisis in Okitipupa Local Government. The way it was portrayed as if some hoodlums or militants had taken over is not true.

“We want to reassure the good people of Ondo State that we are firmly on the ground in conjunction with other security agencies that there is no problem. People should go about their businesses normally.

“We are not leaving anything to chance and we have ensured that our intelligence unit had covered the entire state and we’ll alert the public on any wrong move. We intend to provide escort to lead them out of Ondo State back to wherever they came from.”

Why we sent back 42 Northern youths ― Ondo govt

Why we sent back 42 Northern youths ― Ondo govt