Why we choose not to respond to spurious allegations — NAHCO GMD 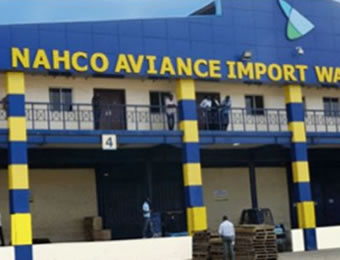 THE hitherto refusal of the Nigerian Aviation Handling Company (NAHCO) to react to several allegations levelled against it by an aggrieved former staff has been attributed to the decision of the management to respect the judicial system.

Presently, there is a communication breakdown between the former Managing Director of NAHCO Free Trade Zone (NFZ), Mr Baba Yusuf and the handling company over performance based incentive due to him after his resignation from office.

The former NFZ MD had claimed that the handling company was indebted to him to the tune of N125, 900,000 being the evaluation of what he called his performance within the period of his appointment to the date he resigned.

But in her reaction on behalf of NAHCO, the Group Managing Director, Mrs Tokunbo Fagbemi said on the contrary, that rather than the N125,900,000 Yusuf was asking for, he was the one indebted to NAHCO to the tune of N250,000 being the estimated value of the company’s properties including laptops he made away with.

The GMD also seized the opportunity to debunk other allegations leveled against the company which according to her have material implications for national security just as she debunked Yusuf’s comments that officers of NAHCO collaborate with criminals to deliberately import arms, drugs and money laundering.

The former MD of the NAHCO Free Trade Zone cited how he was able to arrest the “nestling of serious illegal and nefarious activities conducted within the premises with available records which activities led to the arrest and prosecution of other persons indulging in such activities drawing the attention of the law enforcement agencies within the NAHCO Zone and elsewhere outside now to the knowledge of the Presidency”.

According to the GMD: “We would like to state that NAHCO’s silence on the matter is in no way an acceptance of guilt; rather, we are guided by the advice of our solicitors not to discuss the details of a matter which is already before a court of law; where  in due course, Baba Yusuf must provide facts on the allegations.”

Still speaking, the NAHCO GMD said that at no time in the handing over note did Yusuf raise any of the allegations as issues of concern or requiring board or management attention even as she bemoaned the action of the former staff, stressing that rather than pursue his claim in court, he resorted to several acts of blackmail, arm twisting and extortion by writing various petitions with baseless allegations to several agencies and arms of government.

The allegation that officers of NAHCO collaborate with criminals to deliberately import arms, drugs and money laundering, according to the GMD, have material implications for national security, describing the allegations as unfounded, spurious and weighty with the intention to smear the corporate image of NAHCo and create a run on the company, more particularly, its relationship with international airlines operating within the Nigerian airspace.

She assured the company’s clients of seamless operations irrespective of the threats.