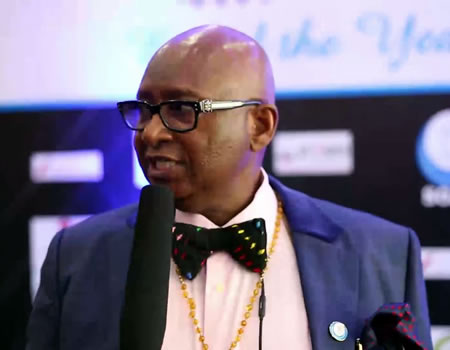 The Ship-owners Association of Nigeria (SOAN) has revealed that some of its members could not take some Cadets of the Maritime Academy of Nigeria (MAN) on board for training after being paid to do so because the vessels were not designed to accommodate female cadets. This is even as the ship-owners association pledged to hold a meeting with the Maritime Academy this week to look at how its members can refund some monies collected for the training programme.

Speaking to the Tribune Online exclusively, SOAN President, Dr MK George Onyung, stated that: “The training agreement between the Maritime academy and SOAN was an experimental initiative that was bound to have teething issues. The vessels that were to be used for the training of MAN cadets were mostly double-bunk vessels and there was no way we can put men and women together in the same room.

“Most of the female cadets could not go on board for training due to the way the vessels were configured. In the vessels, we have three bunks in a room and we couldn’t put the girls in the same room with the boys to avoid situation where cadets could get abused, if such happens, the ship-owner will take responsibility and this will backfire on the entire focus of the training programme.

“We have vessels that cost 30 million Dollars in our fleets as ship-owners, so why would any ship-owner want to go to jail over N8 million or N2 million?

“I have just returned from a trip and already planned that we will meet with the Maritime academy this week and resolve all outstanding issues including the refund of any unused portion of payments received by the concerned members of SOAN.

“It is pertinent to reiterate that SOAN takes the training of future seafarers seriously because it is the bedrock of sustainability of our marine investments and Industry. With an ageing trained seafarers pool in the country and the technological advancement in shipping, the importance of training of cadets cannot be over-emphasised.”

When contacted, the Rector of MAN, Commodore Duja Effedua confirmed that the Academy indeed wrote the SOAN over the refund of un-utilised funds meant for training of the academy’s cadet. In the words of the MAN Rector: “We didn’t know some of our female cadets won’t be able to benefit from the training before paying the ship-owners, and that is why we wrote the SOAN for a refund because the money belongs to the Academy. We need a refund of all un-utilised funds for proper accountability.

“We had already paid them (ship-owners) before the issue of females not being able to go onboard with their male counterparts came up. We won’t hesitate to involve anti-graft agencies if the ship-owners refuse to return un-utilised funds on or before April 30th.”

It would be recalled that MAN, in a letter dated January 30th, 2020, which was addressed to the President of SOAN, demanded a refund of unused funds meant for the training of cadets for their Student Industrial Training Experience Scheme (SIWES) programme. The management of MAN, Oron, had entered into a pact with SOAN as part of efforts aimed at getting cadets of the academy the mandatory sea time experience onboard indigenous vessels.

SAN: Labour to declare state of emergency in shipping sector