Why police infrastructure of oppression must be dismantled — Akin Fadeyi

Features
By Yejide Gbenga-Ogundare On Jul 31, 2020 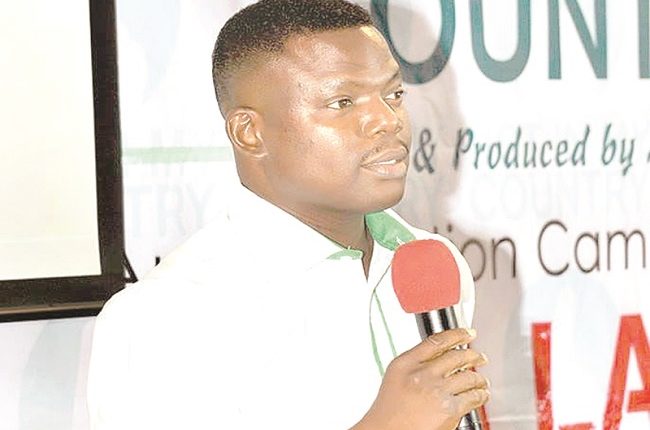 As reactions trail the death of Kehinde Omotosho, a trader in Gbagi market, Ibadan, during what has been described as an illegal detention, Yejide Gbenga-Ogundare reports, the commitment of Akin Fadeyi Foundation to ensuring the deceased gets justice and why the infrastructure of oppression and suppression of citizens by police must be dismantled.

“The death of Kehinde Omotosho while in custody at the Iyaganku Police station will not be allowed to be swept under the carpet. We will not rest until we get justice for the deceased’s family because it is one death too many and needless in a sane society.

“His arrest is illegal as well as an infringement on his right to dignity under fundamental human rights as entrenched in the constitution of the Federal Republic of Nigeria (as amended) in Chapter 1, Section 4 and his death due to inhumane treatment must be probed and justice served.”

These were the words of Akin Fadeyi, the founder of the Akin Fadeyi Foundation (AFF), a registered not-for-profit organisation that works to ensure that Nigerians live fulfilling lives where they can use their human and social capital to the full extent.

The AFF has taken over Omotosho’s case to get justice and has gotten legal representation for the deceased’s family through Afe Babalola Chambers, which has been briefed to prosecute the illegal detention and death of Omotosho while in incarceration for an offence committed by his nephew.

Speaking on why AFF took over the matter, Fadeyi stated: “As an organisation, our focus is to ensure Nigerians live in a nation and continent where citizens are able to demand accountability at every level of governance and in day-to-day interaction. We are consequently calling on the Inspector-General of Police, Mohammed Adamu; the National Human Rights Commission and the Transparency International to order a full investigation into the death of Kehinde Omotosho while in the detention cell at State CID, Iyaganku Ibadan in Oyo State.

“We further demand that the leadership of the Nigeria Police Force in the company of representatives of Civil Society Organisations should pay a visit to the police station to see the inhumane conditions under which suspects are being held. We condemn this barbaric, corrupt and indecent culture of arresting innocent family members of a suspect as a place holder by the police during investigation.

“The IGP must direct the Oyo State Commissioner of Police to order a full investigation into the activities of his officers at Iyaganku State CID. The Human Rights Watch, Oyo State governor, Mr Seyi Makinde; Minister of Police Affairs, Senate president, Dr Ahmed Lawan; speaker of the House of Representatives, Mr Femi Gbajabiamila, and other organisations with interest in the protection of rights of citizens should demand a joint visit to inspect detention facilities and living condition of detainees at the State CID, Ibadan.”

Fadeyi reiterated that the foundation would spare no effort and material resources until the culprits are fished out and punished.

He said: “We will also ensure that the infrastructure of oppression and suppression of citizens at the notorious Iyaganku State CID is dismantled. As a foundation that defends public interest and rights of citizens, we state that the police attitude and approach in dealing with citizens is ridiculous in modern society and the Akin Fadeyi Foundation will ensure that even in investigating crimes and criminals, the police must uphold the right of citizens to life, dignity and justice.

“The moment this incident was flagged on our FlagIt app, we called to alert the public relations officer of the Nigeria Police in Ibadan, Superintendent Gbenga Fadeyi, who claimed his office had no information regarding the case. We are surprised that the same Gbenga Fadeyi is deflecting responsibility and culpability of the police in press reports that the victim did not die in a police cell.

“We ask, if he did not die in a police cell, how come he was in the same vein informing the public that police were carrying out autopsy? This dishonest statement made by SP Gbenga Fadeyi, we regret to say, is another fruit of a decadent system.

“We have the mandate of the family to demand justice using all lawful means. This death is very unjust and avoidable if the police had carried out their duty as stipulated by law. Apart from the deceased and his nephew, Rasak, who were kept in police detention for five days without access to their relatives and food, the foundation is also calling attention to the plight of other suspects who have been held, mostly illegally, for upward of  six to eight months at the same Iyaganku State CID under trumped-up charges.

“Some of those arrested are expected to bail themselves with huge sums of non-negotiable fees. Those who cannot afford to pay are dumped inside dingy cells. This evil practice of extorting money from innocent citizens is equal to slave-trading of fellow citizens and must be stopped by the inspector-general and Oyo State commissioner of police, if indeed there is no cartel within the Police that benefit from this illegality.”

Presidency sends EFCC zonal heads, others back to Police
THE Presidency has ordered some zonal heads and sectional heads in the Economic and Financial Crimes Commission (EFCC) who are police officers to return to the police headquarters… Read Full Story
After Over Four Weeks In Isolation, Oyo Commissioner For Sports Tests Negative For COVID-19
After spending over four weeks at the isolation centre following his testing positive for coronavirus on June 24, the Oyo State Commissioner for Youths and Sports, Mr Seun Fakorede, on Wednesday announced that he had tested negative for the disease…Why police infrastructure of oppression Read Full Story
Southern Kaduna attacks being carried out by militia, Reps tell FG
THE Southern Kaduna caucus in the House of Representatives on Wednesday called for the Federal Government’s intervention in identifying and halting the financiers and members of the militia groups involved in the indiscriminate killings and kidnapping of innocent Nigerians, including children and women… Read Full Story
Public Schools Still Not Primed For Reopening — ASUU Insists
THE Academic Staff Union of Universities (ASUU) says that neither the federal nor the various state governments have put anything in place to suggest that the protocols they reel out as control measures against COVID-19 will be implemented in their own schools…Why police infrastructure of oppression Read Full Story
Exclusive: We Cannot Rule Out “Wharf Rats” In Our Terminal —PTML
GRIMALDI Nigeria, the operator of the Port and Terminal Multiservice Limited (PTML) at the Tin-Can Island port in Lagos has admitted that due to the huge influx of cargoes that arrive at the terminal daily, it cannot entirely rule out cargo pilfering at the terminal…Why police infrastructure of oppression Read Full Story
NIMASA, Customs To Check Temporary Import Permit Abuse
THE Nigerian Maritime Administration and Safety Agency (NIMASA) and the Nigeria Customs Service (NCS) have agreed to join forces to close loopholes in the Temporary Importation Permit (TIP) system that importers often exploit to avoid levies due to the government…Why police infrastructure of oppression Read Full Story