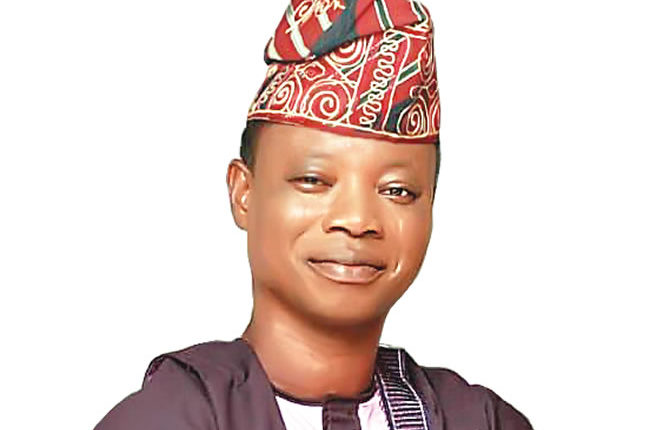 Owolabi Ajasa is an actor, movie producer and currently the Governor of Theatre Arts and Motion Pictures Association of Nigeria (TAMPAN) in Ogun State. He is prominent in the Yoruba sector of the Nigerian movie industry and is popular for taking up roles as a policeman. Ajasa in this interview by FEMI OGUNTAYO talks about his career and the movie industry. Excerpts:

What is new with you?

I am planning to produce a new movie titled ‘Promise (Adehun)’ in which I will be playing the role of a king. It is going to be a big one because I have never played such a role before. Also, as the Governor of TAMPAN in Ogun State, I am planning to make sure the Nigeria Film Censors Board comes to Ogun State to censor our movies. We have written letters to the executive director of the board and he has approved the censorship and promised  that before the end of next month we will begin to censor our movies right here in Abeokuta and we won’t need to go to Lagos anymore before we can censor our movies.

You have been in the industry for a while now, how would you rate the Yoruba sector of the Nollywood presently?

The Ogun State movie industry has tremendously developed over the years to become one to reckon with in the country. As the current Governor of TAMPAN in Ogun State, what would you say is responsible for this?

I would say seminars and workshops for our actors are a major factor and it is also reflecting in our productions. As TAMPAN governor, I have also organised several seminars for our actors and they complied. Apart from that, the fact that we allow and also collaborate with members of other states to come and produce here in Ogun State and also giving them great support, has also helped us.

As an actor of so many years standing,  would you say you feel fulfilled with how far you have come?

What is your greatest regret in life or as an actor?

One of my greatest regrets as an actor was when we lost one of my tutors and mentos, Late Isola Durodola Hammed Alasari. He did a lot for me when he was alive. His death was a great loss for me then. In fact, I thought I wouldn’t be able to continue in this career when we lost him in 2011. That was on Sunday, 11th of March precisely. All the same, I thank God today.

Many may like to know how you joined Nollywood. Would you recap how it all started for you?

I was a petrol attendant at a filling station, when I had the opportunity to meet with my direct boss – Alhaji Lukman Ebun Oloyede (Olaiya Igwe). So, he came to our filling station then, I told him I had an interest in acting and I wanted to join his group. He told me to pick up a form at his office at Oke-Ijigbo, that was in March 1997. That was how I joined the industry.

Why do you happen to always play the role of policeman most time in movies?

Not that I loved the role from the start, but what happened was that I don’t really like keeping beards. Then, kudos to one of my ogas then, Alhaji Waheed Ijaduade (Dimeji), whenever there was a policeman role available then, he would tell me to put on a police uniform, because, without my beards, I fit perfectly for that role of a policeman. From there, people started recognising me with that role and when I also realised that people recognise me more with that role, I started falling in love with such roles. Even now, I have several police friends, one of whom is the current PPRO of Lagos state police command, CSP Muyiwa Adejobi. If there was any technical question I needed an answer to as regards my role as policeman, I would call him and he would put me through.

Would you recap your first experience at a movie shoot? How was it like?

(Laughs) it was a tough one. I could remember, I was invited to the location by one of my seniors, Olu Olowogemo (Harryjan). The title of the movie was ‘Abere Oro’ and I played the role of the doctor that injected a patient. It was very difficult for me to deliver my lines then, but in the long run, I was able to cope. I was advised to always focus on what I was doing and also listen to the director. Well, today I thank God for where I am.

How many movies have you produced in all? Can you mention some of them?

I have produced so many films. I have produced nothing less than 30 films but let me quickly mention a few of them. The first movie I produced in the year 2000 was called ‘Ile Agbon’. Eni Awifun, Adun, Oju Okun, Afowora, Ogorun Orogbo, Ofin Laafin, Nkan Okunkun, Ojo Ola, Iranse Owo etc.

If you have the opportunity to change something in the industry, what would it be?

It is this act of wearing skimpy and revealing clothes by our ladies. As the TAMPAN Governor in Ogun state, I have told all my members that if I see anybody putting on such clothes among them, I would sanction them. Most of them are complying and kudos to our President too, Bolaji Amusan (Mr Latin), he is also in support of this. Apart from playing a role with such dresses, it won’t be condoned at movie locations.

How profitable is the acting career in Nigeria or is it just all about fame or popularity?

Well, I would say it is profitable. It is not just about fame or popularity. We have families and people who look up to us and they believe once you are an actor, you are rich. But the economy is not friendly to us and may not allow us to meet up these expectations. Things like piracy and the likes have affected the job and we barely make profits from our movies. We have written several letters to the government to assist on this piracy issue but all to no avail.

Moving forward, what would be your advice to an aspiring actor. Planning to join the industry (Nollywood)?

My advice to aspiring actors is that they shouldn’t think they would become stars immediately they join the industry. There is a process to it, you will have to start from somewhere. Also, they need to be focused and also have it in mind that they are coming to learn. They must also be prayerful and listen carefully to their tutors and mentors. If they can do all these, they will make it big in the industry.