Why Nigerians should have 100% confidence in the present National Assembly —Hon. Fatoba 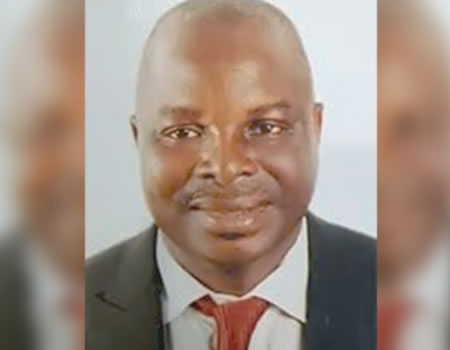 The member for Ifelodun/Ado-Ekiti Federal Consistency of Ekiti State in the House of Representatives, Honourable Olusola Fatoba, in this interview by WOLE SAM-WHYTE, speaks on the administration of Governor Kayode Fayemi, his own personal achievements so far in the lower chamber of the National Assembly and the forthcoming local government election in Ekiti Sate as well as the performance of the ninth National Assembly. Excerpts:

How would you describe your experience so far in the National Assembly?

My experience in the National Assembly has been very interesting and fantastic. Though my primary assignment is to make laws for the benefit of my constituents and the entire and the country at large, I have tried a lot for my people by assisting many unemployed youths to secure federal appointments. I maintain constant visitations to my people from Abuja for briefings on my activities in the National Assembly. I have also done a lot in terms of wooing foreign investors to my constituency and rendering of financial assistance to market men and women, artisans, farmers and students. I am also making effort to bring federal presence to my constituency, especially in the area of infrastructure.

I am also going to complement the efforts of Governor Kayode Fayemi in the areas of the provision of social amenities like pipe-borne water, stable electricity supply, good road network, good healthcare delivery, renovation of dilapidated school structures, assisting the underprivileged financially, organising of entrepreneurship skills acquisition programme where unemployed youths can be trained in one vocation or another so as to be able to discover their potential and reduce unemployment among them.

Dr Fayemi recently celebrated his one year as the governor of Ekiti State. How would you score him in terms of achievements?

To be honest with you, Governor Fayemi is an achiever par excellence. He is an achiever of no match among his fellow governors in Nigeria. You will agree with me that immediately he assumed office on October 16, 2018, he re-introduced the payment of monthly salary to all aged people in the state which he did during his first term in office from 2010 to 2014. Aside from that, he reabsorbed all sacked workers in the state and he ensures that workers’ salaries and allowances are paid as and when due. He is a very transparent administrator, who hates corruption in any form or setting.

In the area of social amenities, Governor Fayemi has provided transformers to communities where there is epileptic power supply. He is sinking boreholes in various communities to ensure that people have access to good, drinkable water. He is assisting farmers financially and materially in order to boost food production and encourage others to go into farming. He has travelled to various countries of the world to woo foreign investors into Ekiti State. He met so many dilapidated roads and today many of these roads have been tarred while drainages have also been constructed.

Governor Fayemi has also recorded achievements in the area of job creation as many hitherto jobless youths are now gainfully employed in the state civil service. He has renovated dilapidated schools structures across the nooks and crannies of the state, while maternity centers have been renovated and drugs provided.

Also, kudos should be given to Mr Governor on security because today, cases of killing, robbery and kidnapping in Ekiti State have become a thing of the past. Governor Fayemi should be praised on his plan to construct an airport state which will assist greatly in promoting the state’s economy.

As the local government election is scheduled to take place on December 7 in the state, what is your message to the people of the state?

My advice for them is very simple: they should all go out and elect chairmen and councilors of their choice. They should ensure that the election is violence-free. They should shun rigging and every other form of crisis before, during and after the election.

You see, electing leaders does not need to result in fighting or killing because I believe that those the electorate want to elect are people that genuinely want to serve them. So, serving one’s fatherland doesn’t need to turn to violence. We shouldn’t see politics as a do-or-die affair. We should rather see it as a call to service. If you are not elected today, tomorrow can be your turn, so let us allow peace to be our watchword whenever we are having any election in this county. We should all have it at the back of our minds that we do not have any other county than Nigeria which we must not allow to be set on fire in the name of politics.

Since local government administration is the closest to the grassroots, we should all conduct ourselves in a peaceful manner. We should elect leaders who will serve us meritoriously at the grassroots. The electorate should shun money politics and let us vote according to our conscience.

Again, I want to also use this medium to commend Governor Fayemi for obeying the Supreme Court ruling over the relocation of Ilejemeje local government headquarters to another place. This is to show that Mr Governor believes strongly in the rule of law and that he is a law-abiding citizen of Nigeria.

How would you assess the performance of the current National Assembly?

I can boldly tell you that we are not doing badly. The leaders we elected to steer the ship of the ninth National Assembly are men of proven integrity and of unquestionable characters. They are men with immense legislative experience and are therefore very capable of taking the National Assembly to the Promised Land. I believe that with the composition of the current National Assembly, Nigeria should be one 100 per cent sure of being taking to the next level.

For example, since the beginning of this political dispensation, this the first time the budget would be presented early and work will start on it immediately by the National Assembly members with the aim of passing it into law before the end of the year. This is to show that members of this ninth assembly are really there to serve Nigerians meritoriously.

I also want to give kudos to the leaders of the National Assembly, especially the Senate President, Ahmad Lawan and the Speaker of the House of Representatives, Honourable Femi Gbajabiamila. Both men are great leaders in that Nigerians should be very proud of. They have demonstrated that the progress of the country is above any other interest in their hearts.

They possess such leadership qualities that Nigeria should be proud of. They are highly intelligent, bold, courageous and very transparent in all their dealings. They are philanthropists to the core, very accommodating of other people’s opinions. They carry other members along in the day-to-day activities of the National Assembly.

As part of the achievements of the ninth National Assembly, immediately the 2020 budget was presented to the lawmakers, work immediately started on it, and it is hoped that before the end of December, the budget would have been passed into law and sent to Mr President for assent. I want to believe that with this, Nigerians will have cause to laugh and rejoice that they have a reliable government that really is really at their service.

The cordial relationship between us and the executive arm doesn’t mean that we are a rubber stamp. We are only working harmoniously together for the development of Nigeria. We were not elected as lawmakers from our various constituencies to go and fight the executive. We were elected to represent our constituencies meritoriously and work harmoniously with the executive for the overall progress and development of the country. Since Nigeria belongs to us all, we must always work towards its growth and development, irrespective of the tribe, religion or political party we may belong to. We have no other country we can call ours than Nigeria. I pray that God will continue to bless us as a nation and we shall forever remain as one entity.