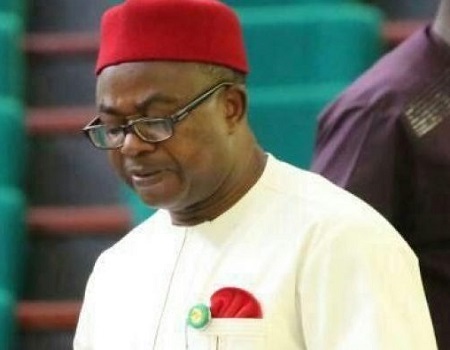 In his opening remarks at the event which held at Reiz Continental Hotel, Abuja, Nigeria, the coordinator of the joint committee, sponsor of the Bill, and member representing Ikwuano/Umuahia North/South Federal Constituency, Rep. Sam Onuigbo, thanked the speaker for nominating him to coordinate the committee.

According to him, “Nigeria cannot achieve her ambitious commitment to the United Nations Framework Convention on Climate Change(UNFCCC) without a solid legal base to guide her, neither can the country tackle the myriad issues such as security, health, and loss of livelihood means arising from the impacts of Climate Change.”

Speaking during the event, the Director of Legal Drafting Department, Federal Ministry of Justice, Mrs Ifunanya Nwajagu, stated that it was important to kickstart the review process by itemising the reasons why the Bill was denied assent earlier by Mr President and then working together to ensure that those areas of conflict were restructured to ensure that the Bill comes alive, address all salient points and is assented to by President Muhammadu Buhari. This, she reiterated was important as it will guide the review process.

Earlier, Mrs Helen Obayagbo, Director of Legal Services at the Ministry of Environment, had affirmed that Nigeria needs a Climate Change Bill. She, however, stated that it was important that in drawing up the Bill, attention must be paid to the ailment that the Bill seeks to cure and work assiduously towards providing an antidote.

The joint committee, which included representatives from the Ministries of Justice and Environment, Climate Change experts, and a member of the National Assembly has the joint mandate of the Speaker of the House of Representatives, Hon. Femi Gbajabiamila, the Minister of Justice and Attorney General of the Federation, Hon. Abubakar Malami, and the Ministry of Environment, review and ensure that Nigeria’s Climate Change Bill 2019 is passed and assented to before the end of the year.

Onuigbo is the sponsor of the Bill for an Act to provide a legal framework for the mainstreaming of Climate Change responses and actions into government policy formulation and implementation, and the establishment of the National Climate Change Council and for related matters.

He said this was why the country urgently needed its own Climate Change law that would help it to achieve its climate change goals.

“In our hands now is the chance to save our future. May we do the best we can so that history will be kind to us,” he said.

The British Parliament at the Westminster Hall held a debate on ‘e-petition 554150, relating to Nigeria and the sanctions regime’ on Monday. The government of the United Kingdom has however responded… Why Nigeria urgently needs own climate change law

The surprise visit made on Friday night by the leaders of the ruling All Progressives Congress (APC) to former President Goodluck Jonathan at his residence in Abuja triggered a stir in the major political camps, resulting in at least four possible theories… Why Nigeria urgently needs own climate change law