Why my relationship with Kiddwaya didn’t work out —Erica 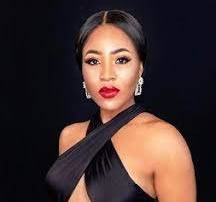 Ex BBN star, Erica,has opened up on her redefined friendship with Kiddwaya on the new episode of MTV Base ‘Inside Life with Erica’

This week’s episode of Inside Life with Erica had so many revelations; it’s hard to decide which one surprised us the most.

To get away from her hectic celebrity schedule, this episode follows Erica as she makes a quick trip to Abuja to unwind, reconnect with her friends and visit her lawyer for much needed legal counsel.

This didn’t go down well with fans as they trolled Erica for associating with the ‘enemy’.

Erica said: “I had a relationship with Kidd, it didn’t work out and we’re back to being friends, why can’t everyone just accept that and move on? I don’t like the fact that people expect me to live in enmity, life is too stressful, I can’t add hate to it.”

Unreasonable expectations from people isn’t the only thing getting on the star girl’s nerve. Apparently, there are people using her name, face and fan base name without permission or any form of partnership with her.

“The people I have problems with are the people who don’t want to go through my management but want to use my name and the name of my fan base to make profits for their business. Why didn’t they use ‘Erica’ or ‘Elites’ two years ago? I’m considering trademarking my name” she said.

Amidst the stress of being a celebrity, Erica made time to visit Almat Farms in Abuja, where she conquered her fear for animals and rode on a horse for the very first time. There are so many interesting sides to the queen of the Elites, and we can’t wait to find out more. Don’t miss the next episode!

He said the state was selected because it was a metropolitan state that accommodated almost all tribes in the country, adding that the show was also to appreciate the role of the family in the state and the country.

Ajayi said the winning family would emerge after surpassing all other families in other competitions that would revolve around advancing its national and state history, values and culture.

He said that the judges were Yeni Kuti, Ifeoma Fafunwa, Segun Lawal of the Spirit of David.

Also, Mrs Temitope Jemerigbe, the Managing Director DKK, said the show promised to amplify the right value within the people of the state.

She noted that the show would create a right platform of unity without segregation within the people of the state.

The tide will turn