‘Why less than six hours of sleep daily may raise risk of stroke, death’ 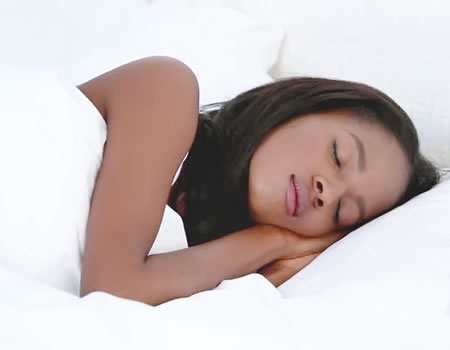 Sleep plays many roles and is involved in most regulatory systems in the body. In this report by SADE OGUNTOLA, experts say that regular sleep deprivation and not getting enough sleep per night are each associated with a higher risk of stroke.

Many are familiar with the obvious consequences of sleep deprivation – the heavy eyelids, short attention span and excessive yawning. But there are more consequences of meager sleep than people realise. Skimping on sleep is linked to numerous health problems, including stroke, obesity, high blood pressure and Alzheimer’s disease.

The finding, in the Neurology journal, signified that combinations of these factors had an even more dramatic effect on stroke risk, including an 85 per cent higher risk among those who slept at least nine hours each night and also took midday naps for at least 90 minutes.

A stroke occurs when the blood supply to the brain becomes minimal or gone, resulting in brain cell death. All over the world, about 80 million people live with a stroke and its huge and costly short and long-term complications, depending on which part of the brain is affected and how quickly it is treated.

But “In Nigeria, stroke is the most common medical emergency in most hospitals and accounts for up to eight out of 10 neurological hospital admissions, with at least 100,000 cases occurring every year,” says Professor Abayomi Ogun, president, Nigerian Stroke Organisation (NSO).

According to him, these are risk factors that individuals can all do something about to prevent a stroke and its attendant human, social and economic costs.

Professor Mayowa Owolabi, also a stroke expert at the University College Hospital (UCH), Ibadan, said poor sleep due to conditions like sleep apnea is also a risk factor for cardiovascular diseases, including hypertension, poor control of hypertension and stroke.

“It is actually the effect of sleep apnea on your blood vessels that predisposes individuals to cardiovascular diseases such as hypertension, stroke and heart disease and so on,” he added.

Professor Owolabi, however, declared that too much sleep is not directly related to diseases like stroke. He added: “When you talk about too much sleep, it might actually mean that the person is having several interruptions during their sleep and so end up sleeping longer. The sleep is not refreshing; it is rated poor. But the sleep was actually not prolonged, uninterrupted and refreshing. So, if that is the case, then in itself, it is a risk factor for stroke.”

Nonetheless, Professor Owolabi said poor sleep due to sleep apnea, is not the topmost of the risk factors for stroke in Nigeria.

According to him: “The topmost risk factor stroke in the Stroke Investigative Research and Education Network (SIREN) study, the largest study of stroke in the sub-Sahara is hypertension. In order of importance are abnormally high cholesterol or fats in the blood (dyslipidemia), regular meat intake, obesity (particularly pot belly) and diabetes mellitus. Other factors include stress (whether psychological stress or whether at home or at work), and cigarette smoking, adding too much salt to food and physical inactivity. Of course, individuals with heart disease and those who have family history of stroke or hypertension, diabetes stand a higher risk of coming down with stroke.”

However, he declared that established factors that could prevent or reduce the risk of stroke are daily consumption of green leafy vegetables and physical exercise.

They had analysed stroke risk among 32,000 adults with an average age of 62. They compared rates of stroke with study subjects’ self-reported sleep habits and the study had controlled for other stroke factors, including drinking, smoking, and history of stroke and other cardiovascular conditions.

They answered questions about napping habits and sleeping patterns; and the researchers followed them for six years. Of the participants, 8 percent took naps that lasted longer than 90 minutes, and 24 percent said they sleep for at least nine hours every night.

Over the study period, the researchers took note that 1,557 participants had a stroke. The people who slept for nine or more hours were 23 per cent at a higher risk of having a stroke than those who slept just 7 to 8 hours each night and those who had frequent midday nap longer than 90 minutes had a 25 per cent heightened risk.

For those who had more than nine hours of sleep at night and had a midday nap longer than 90 minutes increase their risk to 85 per cent. The link between sleep duration and stroke becomes more evident with age, or develop a condition such as diabetes, obesity, hypertension, and hyperlipidemia.

Of those who nap longer, 1 per cent of cases per person-years later had a stroke compared with 0.7 per cent of the moderate nappers. Lastly, the team found that compared with persistently sleeping about 7 to 9 hours a night, those who persistently slept more than 9 hours or switched from 7 to 9 hours to more than 9 hours a night had a higher risk of total stroke.

Sleep deprivation increases blood pressure, and high blood pressure is considered to be the leading risk factor for stroke. In addition, by contributing to plaque buildup in the arteries, insufficient sleep may make it easier for blockages to occur and cause mini-strokes or strokes.

However, the inability to sleep is not always a medical problem. It could simply be a matter of poor sleep hygiene. Sleep disorders, particularly sleep apnea, are prevalent among people at risk of stroke, so avoiding such bad habits that lead to later bedtimes and insufficient sleep like looking at the emails before bedtime, thinking about the next day’s task, and drinking coffee late in the day should be part of measures to prevent stroke.

How to prevent Nigeria’s collapse (1)

Why flu jab is important for the diabetic

Why you should not skip your second COVID-19 shot