Why insecurity will continue in rural communities —NULGE President 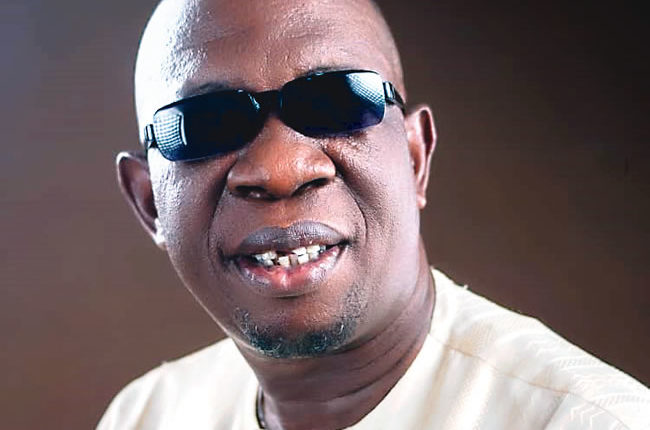 In this interview with SOJI-EZE FAGBEMI, President of the Nigerian Union of Local Government Employees (NULGE), Comrade Ambali Olatunji spoke on the recent judgment of Supreme Court over the sack of local government (LG) chairmen in Oyo and Katsina states, the planned protest by NULGE over LG autonomy and the reasons insecurity will persist in Nigeria, among other sundry issues.

What is your reaction to the recent Supreme Court judgment on local governments in Oyo and Katsina states?

That judgment excites us in NULGE. It is a welcome development. It is an affirmation that local government is a tier of government. You know the clamour for political autonomy in local government arose as a result of abuse of electioneering process and political administration of local government whereby it is now becoming ground norms that an elected political office holder will wake up one day and sack all elected political office holders in another tier of government. This is an aberration; it is not acceptable to NULGE and we’ve been clamouring that something urgently needs to be done. A single person does not have overriding power to truncate the sovereign will of Nigerian people and the democratic expression of Nigerian people. Once Nigerians come out and give a mandate to a political leader, no person should have the ultimate powers to sack him, to remove him or dismiss him from office. The only person that is expected to do that should be those who gave him the mandate to lead them or a court of competent jurisdiction. It is a welcome development, NULGE hails the supreme court for doing justice to that matter.

What does this portend for the local government system in Nigeria?

It portends greater hope, it portends security. It is political security for the political officeholders. It is a judicial immunity to local government political office holders that once you do your job very well, you campaign rigorously, you sign your manifesto with people and you’re acceptable and elected, you have no fear of somebody either at federal or state level removing you from office probably because you fail to do their bidding or because there is a change in the political game or because of the party in government. For instance, probably it was PDP before and an election is conducted at the state level despite the fact that they have different tenures and the APC governor now comes up and says I don’t want them. This is a victory for the third tier of government; it is a victory for NULGE; it is a victory for Nigerians and we know that having guaranteed the tenure of local government political office holders, they will now concentrate on delivering the dividends of democracy.

But that is not the way the constitution is crafted. We have also listened to arguments that we need to have two tiers of government — federal and state. If we say yes, which one is the most relevant? It depends on different facets of life. In the UK, for example, there is no state government because they see it as irrelevant. They see it as a waste of resources and as middlemen who along the line would not allow the dividends of democracy to permeate towards the lowest stratum of the society.

Do you ever consider the issue of insecurity ravaging our communities in your agitation for LG autonomy?

We have also said it times without number that if we are serious in stemming the tide of poverty and insecurity in Nigeria, let us have a vibrant local government system.

Community policing is the in-thing to do; local government police. We have said it, we don’t need state police. The state centres and cosmopolitan cities are already over-policed. We have police quarters there, we have military barracks there, we have the Air Force base there, we have Naval Base, we have SSS quarters there and even the Civil Defence Corps; they are all in the state capitals at the neglect and expense of the rural populace. That is why all these banditry, kidnapping and terrorism are predominantly common in rural settings. For example, going from Abuja to Kaduna, the bandits are operating along the road; it is not within the metropolitan city. So, if we are serious, let us empower the locals enough. Let us provide arms to them, let us train them, let us have a durable system of recruitment, monitoring and supervision so that they will be able to control criminalities along the locality. That is why we are always saying that if Nigeria wants to get it right, the clamour should be community policing which is local government policing.

From your reactions, you expressed concerns about this system of election whereby to a PDP-governed state, there must also be 100 per cent PDP chairmen at the local level. How can we curb this anomaly?

The simple solution is, let’s be sincere about it. INEC is still the most credible electoral umpire to conduct elections. With their shortcomings, they are still better off. It is like a ratio of 99 to 1. This is evident. INEC conducted elections in so many states in the country, we have listened to arguments saying that INEC may not have the capacity to conduct elections across the states, but we said no, they have the capacity. They conducted presidential elections across the states, local governments, wards and across the nook and cranny, they have what it takes, and they are the only one that is truly and genuinely independent.

When elections are conducted for presidential and state governorship positions, you see the beauty of democracy. It didn’t show that because President Muhammadu Buhari is from APC, all the state governors must also be from APC. It shows that there is fairness in the elections conducted by INEC. If that is witnessed at the national level, why not let that permeate to the local level? Let the INEC that is credible conduct local government elections, so that we can have a very strong foundation on which we built our democratic pillars. Another example is that in the municipality and all the area councils in Abuja, INEC is conducting the elections. The beauty of it is that we have APGA, we have APC, we have PDP. That is a reflection of the political wishes and aspirations of the people, unlike what we are witnessing at the state level which is by appointment, promotion and coronation. That is not an election, it is a charade.

What is NULGE doing on its agitations for LG autonomy and what are the strategies you would employ in achieving this?

The first strategy is advocacy. We are in the media as you’ve known. For the first time, we have succeeded in visiting two past Presidents of the Federal Republic of Nigeria, President Olusegun Obasanjo and President Goodluck Jonathan. That underscores the seriousness of the leadership in aggressively pursuing this vision. Secondly, we have visited so many members of the national assembly. We did advocacy, we even mandated all our local branches to write them, to voice our opposition to the anti-people bill being sponsored by one Hon. Bobs Solomon from Rivers State. You can see that the advocacy is working. You could see that Governor Wike came out openly in defence of political and administrative autonomy for local governments. That showed that Governor Wike had a different platform to that of the honourable who purportedly represents the people of his constituency. The chief political head in Rivers is Wike, so, if Wike is saying that he is in support of absolute autonomy for the local government, what else? Because he said that he is a product of the local government system, and that he could not understand why people said the local governments should not be autonomous. This, however, is in negation of the bill being sponsored by Hon. Solomon. It shows he’s not representing the good people of his federal constituency, and we have called on the people of this constituency to commence a process of his recall because he has betrayed the trust of Nigerian people, the trust of market women, the trust of the youths, the trust of the retirees, the trust of the community development associations. He is representing those principals who are unknown to his constituency. Having said that, you can also see that Major Al-Mustapha (Rtrd) openly supported the clamour for the actualisation of local government autonomy, and you can see, even the Speaker of the House of Representatives, Femi Gbajabiamila, talking, though in a political manner, in support of local government autonomy by saying that we should take the campaign to the state assemblies but we have replied him, by telling him that the man that moved the motion is present in the House of Representatives. Charity begins at home. They should call him to order. That bill should not be allowed to see the light of the day. It is an anti-Nigerians’ bill, it is being sponsored by enemies of the Nigerian people. We are aware that there is a hand of Esau, some governors are behind it for selfish reasons as a result of greed, and we have called on the National Assembly not to license corruption and pilfering of local government resources under any disguise. We are doing that.