Wondrous World of Women
By Hakeem Gbadamosi, On Mar 17, 2021 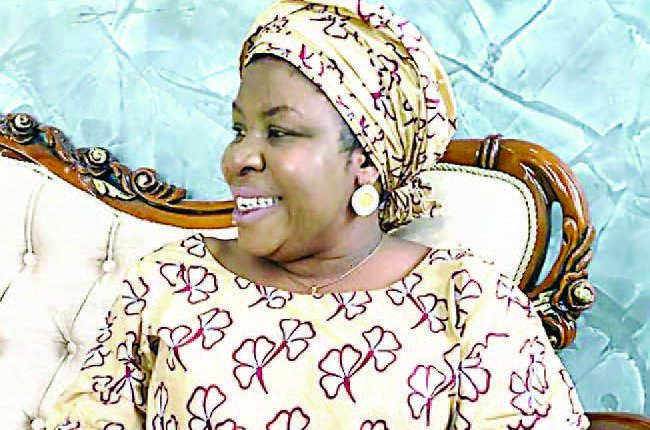 Dr. Mrs Funmilola Williams -Daodu, a medical doctor and a consultant physician, is the initiator and coordinator of Mitelda Wellness Initiative. In this interview with Hakeem Gbadamosi, she speaks about her interest in community development and other projects.

What informed your interest in community development for the people of Ondo state,  especially the Akokoland.

Community development has always been a thing that I have passion for right from when I was growing up, I could remember when we were young, we used to go to church at the  weekend to sweep and clean the chairs because I actually lived with my grandmother being an orphan from the early part of my life. So, the issue of community development started at that time as my grandmother of blessed memory who was into laundry business  usually washed Cassock of the priests without collecting a dime. She made me to understand that wherever we are,  no matter how little we had, we must contribute to the lives of people around us and we must also be ready to give back to our immediate environment

So it has always been part of my life and I believe there is no way any government could meet the need of the people so, we need to contribute our own part to develop our communities. On my 40th birthday, eight years ago,  I called my husband and told him I would love to mark the day with his people in the village. He gave me the go-ahead and I called a few of my friends and few nurses and bought some testing materials and took my colleagues there and we were able to attend to about 325 people. I never planned on doing it annually but when I got the feedback I found that we actually met the needs of these people in the rural communities and that was what gave birth to Mitelda Wellness initiative.

You said you started this programme some eight years ago, how many people have you been able to touch positively in terms of health in Akokoland

Those we have been able to touch their lives are not only from Akokoland but all the nooks and crannies of Ondo State. We have been able to treat about 10,000 people  for surgeries, medicals, hepatitis and giving out free eye glasses. In the area of education, we started with Akoko North West and North East and we started with about 18 schools. We usually write to  schools and we attended to  those that responded. We also embarked on a project we tagged Operation kit the kids. I personally introduced this when I recalled my growing up years,  my grandmother used to struggle to buy school uniform and sandals for me and this made me to start the initiative in Ondo state and Ekiti state. We noticed that these schools had structures but the pupils were coming to schools in  tattered uniforms, so we introduced, Operation kit the kids, giving out complete uniform with socks and sandals and we distributed them to these pupils in primary schools. We have also been giving these pupils scholarship because I believe if you’re able to lift one person, poverty will be reduced in our country. We usually pay the school fees of a number of indigent students, their WASCE and JAMB. We have more than 10 on our list that are now in the universities across the nation. We have been able to pay for 14 students for their NECO Examination and we do this every year for both WASCE and NECO. The issue of scholarship is according to the needs of every student and in most cases we don’t need to announce that these students are on scholarships. As at the moment, we have about 12 students  that are on that special list. Apart from this,  there are some of the students that we observed are not educationally sound but opted for vocational training,  we enrolled them and at the end of the training, we do the graduation for them and empower them. Also in the area of capacity building,  Miltelda Wellness Initiative brought a Canada based organisation, known as For Breath for life, to come and train and distribute equipment for neonatal resuscitation. We did this because we noticed that in some areas when they gave birth to babies, the baby in the first minutes of life might not cry and they might have to start beating the baby, this should be discouraged,  so organisation trained 62 nurses on how to handle this situation and we distributed handy ample bags that concentrate  oxygen and deliver it into the baby. Again I also believe in teaching a man to fish in order to feed himself for the rest of his life than giving a man a fish to eat for a day, so we decided that during this COVID-19 pandemic, we will not break the rules and protocols as stipulated by the Federal and state governments, for us to keep ourselves and the volunteers and in as much as we love to give and touch the life of the people, this year, we decided to empower the people and we bought industrial machines,  normal machines, grinding machines,  make-up equipment, gari processing machines, the hairdressers and farmers were not left out. We screened 92 individuals across the state, out of which 32 people were empowered. It was a real success.

How do you finance these projects?

After the second empowerment programme in Akoko community some eight years ago, I noticed that the programme is getting big and we had to register with the CAC and constitute a board, but even at that I have to set the pace by setting aside some percentage from my salary every month, at least a contribution of at least N100,000 every month and by end of the year,  that would amount to about N1.2m which I usually pay into the account which we opened for Mitelda Wellness Initiative. Also,  family members, most especially, friends, both here and abroad, my patients, no matter how small, contribute towards the project. We have not had a big donor but from the little by little that we have. By and large, we have been able to get the initiative moving.

What are the feedback from the people of these communities.

Even, the least person in the community encourages us to do more. When people are looking forward for the programme even from September, calling to know what we are going to do this year, what they can do to contribute to the programme,  not even in terms of money. They usually call to inform us about the health challenges of some of the people in their community. The feedback were so enormous and amazing that you want to do more. The feedback had been very great and encouraging and we thank God for what we have been able to do in these areas. Apart from this,  we have been able to create health awareness for the people around these communities. In the past,  it is only when they are sick that they will go the hospital but now they have the awareness that they need to visit hospital periodically to do checkup, this is because we also educate them on how to manage their health. Then the morbidity mortality review , the death rate and the sickness rate had drastically reduced because we also have our monitoring and evaluation team that also observing what we are doing.

What is your message to the well-meaning individual?

Not even to well to do individual but to everybody. Whereever you’re,  whatever you are doing, we can all affect our local community positively. For well-meaning Nigerians too, I want them to realise that government cannot provide all the needs of the people and we must know that we as a people are the first government and should be able to part with whatever we have to affect our people and put smiles on the faces of the people at the grassroots. It will go a long way to eradicate poverty from our community.