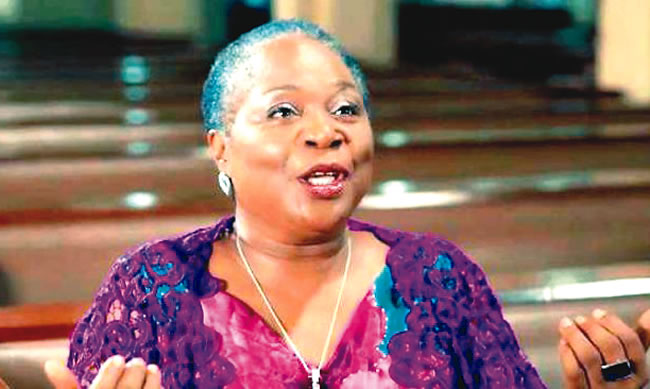 Music legend, Onyeka Onwenu, has said that her memoir, ‘My Father’s Daughter’, is aimed at providing inspiration and encouragement for Nigerian youths, especially females, as they aspire to the peak of their careers.

Speaking at the virtual unveiling of the book, the music icon, noted that it had become imperative since the present situation of the country had left many Nigerians disillusioned and hopeless.

She explained that the over 450 page-book that captures different phases of her life, including her exploits in the nation’s broadcast industry, would go a long way in giving the average Nigerian youth the impetus to shatter glass ceilings they face in their endeavours.

“The book is meant to give inspiration. It is meant to encourage the younger ones, especially the women, to take charge of their lives and say, ‘if Onyeka was able to go to through all this and came out a success, I should be able to do same’. The book is also aimed at telling you the story of a daughter, enjoying the unmerited favour of her Almighty Father,” she stated.

The famous artist also asked her colleagues, especially up and coming creatives, to produce works that would outlive them.

“We must, as artistes, be mindful of what we put out there for posterity. While I believe everyone has the right to choose the type of music they want to play and listen to, I, however, believe music should not be about shaking ‘bum bum’. We should always strive to put out works that will outlive us positively.

“That is why I’ll also appeal to the female folks that you are meant for greater things, and not just about shaking your ‘bum bum’,” she stated.

The memoir which also comes in audio and e-copies bares everything about the artiste who many do not know is married to a Yoruba Muslim and has two children.

‘Traditional leaders need to be more sensitive to history’

‘I fell in love with theatre watching masquerades’