Why I want to be Ekiti governor —Famuyibo 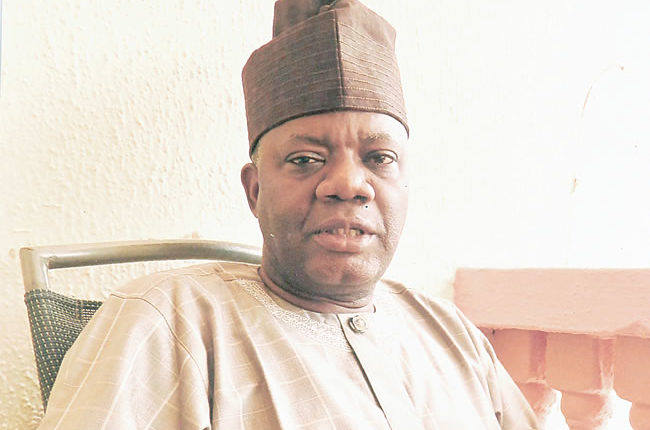 Chief Reuben Famuyibo, a legal practitioner, businessman and former presidential and governorship aspirant, is eyeing the Oke Ayo Oba Government House in the forthcoming elections in Ekiti State on the platform of the All Progressives Congress (APC). He speaks with Deputy Editor, ABIODUN AWOLAJA, on his ambition, herdsmen’s crisis and sundry issues. Excerpts:

YOU have, for some time now, been making consultations regarding the forthcoming governorship election in Ekiti. How far have you gone and what is the general picture of things now?

The general picture of what is going on is very simple. I am from Ado Ekiti. I contested for the governorship election in 1999 but the excuse everybody gave then was that Ado Ekiti had been made the state capital and, therefore, an Ado Ekiti indigene could not become the governor at the same time. Despite that I worked tirelessly for the Alliance for Democracy (AD), I conceded the governorship to Niyi Adebayo as a loyal party person. But ever since then, no single Ado Ekiti indigene has been allowed to be governor.  We, in Ado Ekiti, are not too ambitious but occasionally, you have to assert your rights. Being the landlord of other Ekiti sons and daughters does not mean that Ado Ekiti should be sidelined in governance. In Ekiti, we are from same father but from different mothers.

Our mother happens to be the first wife (iyale). If she wants to have everybody coming together in harmony, that does not mean that the right of the idi igi (family line) should not be given to her children. We, in Ado want the governorship: other places have had their turn. In Ekiti, in any election, Ado Ekiti votes are always about 50-60 per cent of the total votes. So, for crying out loud, why can’t we produce the governor? Besides that, I don’t have anything against all my brothers that have been governor. In any case, if an Ado Ekiti indigene becomes the governor, his/her attention would be on the lesser villages and towns.

Obviously, there is what we can call the Ado agenda. But what agenda do you, as an individual, have for Ekiti’s development, having been there from the very beginning?

My agenda for Ekiti is that there has to be equal development. I went to Ijurin yesterday for a wedding. I felt sorry about the lane between Ayegunle and Ijurin. It took me close to over an hour to navigate a distance that should ordinarily be less than 10 kilometres. I saw massive lands where we can develop agriculture. By the time you open up all these places, the over-concentration of people in Ado Ekiti will reduce. People will go back to the villages. In agriculture, let us start farm settlements. I saw my brothers and sisters roaming the streets of Ado Ekiti, and riding okada. If we can have farm settlements and a little bit of industrialisation, the situation will change drastically. Take the Omuo area where we have yam, for instance: we can have small industries that can do yam flour. I have travelled far and wide: to buy a kilo of gari in London is about five pounds.

A kilo of yam powder is also about five pounds. We have just 16 local governments for crying out loud. We can develop agriculture in a very massive way. We need to partner with the industrialized nations. I am not talking about big industries. Go to the Chinese villages where they manufacture all these small things. What do we have in Ekiti? Nothing. I am a farmer: I have fish farms, I rear cattle. I have practiced it and I know that it is what we can do.

I saw some abandoned estates between Ifaki and Ado Ekiti. What stops us from converting the place into a farm settlement? Policy is something that you can develop within one month. Yes, we have great brains in Ekiti, but we need to put them to the best use. The late Professor Dupe Olatubosun  delivered papers on cassava, but what became of his  suggestions during Chief Segun Oni’s tenure?

Interestingly, when we were practising the primitive lifestyle, we did not suffer hunger. I never saw any of my father’s children begging for food. And my father was just a farmer and quarry man. Not even the mechanised quarry work: we were using hammer and iron, and yet he sent us all to school.

The Ewi of Ado Ekiti once lamented the lack of factories in the city. How would you make a difference?

The Ewi has always maintained that all those contesting elections are his children. But when they get into office, they don’t reciprocate the good gesture.  Definitely, Ado Ekiti needs industries and that will be actualised. But I am not the type that would now say that because I am from Ado Ekiti, I would concentrate development on Ado Ekiti. I am more popular in the less populated parts of Ekiti. For instance, I am the Basorun of Ijero kingdom. The oba is my personal friend. I am the Apesin ola of Ikole kingdom. I am the Lisa (second in command) to the Oba of Ido Ajinare. I have numerous chieftaincy titles bestowed on me because of my track record.

Known names such as Olusola Eleka and Segun Oni have indicated interest in the race. Do you think you have the wherewithal to face them if you eventually pick up the APC’s ticket?

The recycling of hands is what is bringing underdevelopment to Ekiti. For how long will we continue to re-rotate and recycle people? Let us try new people. I want to deploy the experience I have gained internationally for the development of Ekiti State. Don’t forget the fact that all these people came to meet me in politics. They have tried their best but enough of this self-deceit. I have gone round Ekiti more than a hundred times. I have been to 134 towns and villages in the last 20 years, studying their needs and how to maximally develop them. I have gone round them again and again. We have started a door-to-door campaign. I know my people and my people know me.

Amotekun recently came on board to address security concerns, especially those posed by nomadic herdsmen, in the South-West. How would you ensure that your people are safe so that your development agenda can be actualised?

In the first instance, is this the first time that we are living with the Fulani? I grew up with the Fulani. But what suddenly brought about the influx of murderous and genocidal Fulani men is something that needs to be addressed.  I think that it is unnecessary backing by the powers that be that is giving these people their power. I asked one of the governors questions and he said that the people that the security agencies had been arresting are Fulanis but most of them would claim they are from Libya, Mali, Chad. Most of these people are not the real Fulani that we have grew up together. I think that the Immigration department and the Nigeria Police are guilty of intelligence failure. How did these people get into the country?

There was an occasion in which  it was said that a lorry load of young Fulani men armed with Ak 47s were brought into the country. I lived with Fulani in the past when I was growing up in St Saviours Primary School, Ado Ekiti, in the early 60s. They were rearing their cattle and the little we knew about them was that they used to sell cow urine to people as malaria medicine then. They were living in peace with us: some were my father’s tenants. But now, who are these new Fulani? I  have cows in my farm settlement. I have a settlement in Oyo but I dont allow my cows to stray beyond the enclosed area.

Along Ile Abiye when I was growing up, there was always an enclosed area in Erifun in Ado Ekiti that time. No cow was allowed to roam around. So, this issue should be addressed. Farms and cows had been existing in the past without problems. There is more to this banditry than meets the eyes. I think that the security agents should do more. This looks more like an invasion from foreign countries. I believe strongly that those committing atrocities are the Libyans, Chadians, Malians, and so on. They came into this country during elections and they still have the arms given to them.

I doubt if the average Fulani man would leave his cows somewhere and be carrying arms about. The Fulani value their cows more than life. Let us have a census and know who is who.

During the Awolowo era, aspirants used to go round, studying the needs of the people and designing plans to meet them. Have you done anything in this area?

I can tell you that I commissioned more than 20 groups in 1999, to study every local government in Ekiti and publish what we could do for them. I still have my plan and I have not seen a single governor implementing it, despite the fact that I gave them copies. I believe that the plan is still relevant today: it is about opening up Ekiti for maximal development.

Stakeholders like INEC should do their work diligently —Sani