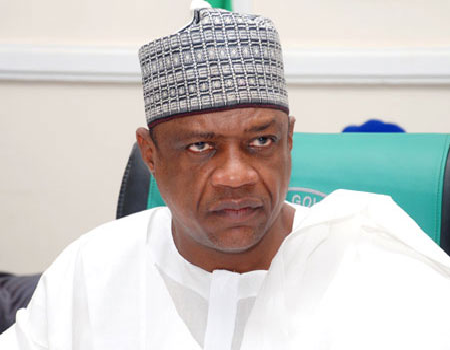 Despite public outrage trailing his bill proposing a Commission for the rehabilitation of members of the terror gang, Boko Haram, immediate past Yobe State governor, Senator Ibrahim Geidam has again justified it.

The Bill, ”National Agency for the Education, Rehabilitation, De-radicalisation and Integration of repentant insurgents in Nigeria, Establishment bill 2020 (SB340), ” has courted the anger of Nigerians who noted that such a Commission has the unintended motive of giving criminals a pat on the back.

But addressing journalists on Monday, Senator Geidam said his initiative was meant as an alternative approach to complement the military option to counter the insurgents.

He said: “In view of the fact that the Boko Haram insurgency is becoming increasingly aggressive since its inception in 2009, marked by extreme brutality and explicit targeting of civilians, resulting in continued infliction of massive casualty on innocent citizens, particularly in North Eastern Nigeria, it has become necessary for us to go back to the drawing board and adopt an alternative approach, in addition to the military option which has so far performed significantly well.

”There is no doubt that many members of the insurgents’ group have defected and many more are willing to repent given a window of opportunity and this is confirmed by many organisations including NGO’s that have unalloyed access to the Boko Haram.

”There is the need for a more strategic and comprehensive approach to entice those members of the group who, after realizing the futility of the course they are pursuing have eventually decided to voluntarily lay down their arms and chose the path of peace. Hence, the need for the establishment of the National Agency for the Rehabilitation, Deradicalization and reintegration of repentant insurgents to accommodate the defectors.

”The Agency when established, shall be charged with the responsibility of the planning, designing and organising specialized programs aimed at deradicalising, rehabilitating and reintegrating defectors and repentant insurgents. These specialised programmes, which will serve as mechanisms for disengagement from terrorist’s ideology and invalidate the recourse to violence, will focus on ideological, religious, educational, vocational, social, creative arts therapy, sports and recreation and psychological issues that cause violent extremism.”

The Senator representing Yobe East further argued that his proposed Commission would only accommodate members of the group who voluntarily surrendered. He argued that those captured in the course of their evil actions will be made to face prosecution before being entitled to the rehabilitation programme.

“It should be noted that the deradicalisation and rehabilitation process for former members of Boko Haram will vary on a case-to-case basis. Those who have become weary of the perpetual violence and have voluntarily laid down their arms and defected from the group will be accepted and rehabilitated using various tools of deradicalisation, rehabilitation and reintegration. In contrast, those captured active in the battlefields will be required to, in addition to the psychological therapy, participate in the criminal justice process.

”In dealing with the insurgency, Nigerian government needs to introduce both preventive and corrective measures in addressing violent extremism. The challenge today is to ensure repentant terrorists are rehabilitated in the best possible way so that they become useful members of the society.”