Why I ventured into advertising —Tinubu, CEO/Founder, Loatsad Promo Media 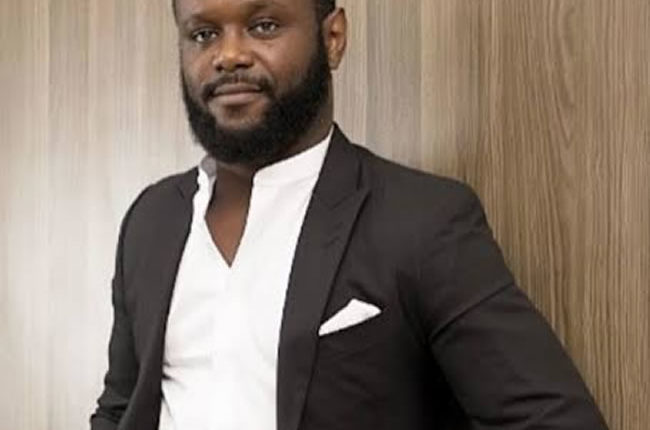 Seyi Tinubu is the Chief Executive Officer and Founder of Loatsad Promo Media, a vibrant outdoor advertising company. In this interview with select journalists, he speaks on what informed his venture into the nation’s advertising industry, and his dreams for the sector. AKIN ADEWAKUN brings the excerpts excerpts:

Did you ever practise advertising before floating Loatsad?

I’ll say ‘no’. I never practised advertising. When I finished Law School, I didn’t want to be working under my father, I want to get the respect of my parents. So my business partner and I actually looked at different opportunities.  We went through different companies altogether before we started Loatsad. We had a flair for it so that’s how I got into advertising.

But there are insinuations that some businesses, sites, are usually conceded to your company due to your father’s influence?

With regards to the sites, would you believe me if I told you that I wasn’t even in the country when they applied and the processes started at Toll Gate. So what happened was we initially made application to LCC, we told them we wanted to build a structure on Toll Gate, which they said was impossible because the structure was not built to handle an additional structure on top of it. Whilst we were going through those processes, I left Nigeria for  my Masters. My business partner continued the process.

If you look at our agreement with LCC, it’s open and clear that we gave them the best offer. So when you talk about sites, give me an empty land, I promise I build a landmark. Why and how? I have a bunch of brilliant-minded people working in this office. So when you talk about site, it’s not as juicy as you think. We actually put flex on the toll gate, it didn’t work. We were patching holes every day, until we decided to put something more durable. I never entered any room to demand for a site. I never used my father’s name to influence any site. I do not believe in such practice. Look at Falomo Bridge. Falomo was water, we had to sandfill. We had to dredge. We built that site from nothing. What about the communities there?  Before, those that sell there had freezers, but we built cooler rooms for them. We built toilets for them. We built an area that is a little bit more friendly and healthy for them. This is because, at Loatsad, we believe in giving back. That is why any community that we move into, we make sure we empower them. Same applies to those on the Ajah axis as well. That is how this company is managed today to get its goodwill. If I was to work in a bank today, they would still say he’s only up there because he’s Tinubu.  So what do you want me to do? To carry my father’s suitcase up and down? I have to become my own man, and it’s all due to how my father and mother raised us. We were all told from day one that ‘once you are done with school, that’s all we can give you’.

Are you saying your old man never influenced Loatsad’s acquisition of E-Motion, a bigger outdoor company?

Can I tell you something funny?  When I finished my Masters, my dad called  me to Abuja, and he asked, ‘what do you want to do next, and what do you want, and where do you want to work?’ I told him that ‘I don’t want money from you, all I want is your moral support’. This is because  when I have such a brilliant man as my father, and I have access to him, I think I’m home and dry, because he has an idea about everything. If you ask him about advertising, he tells you; ask him about banking, he’s there; any subject under the sun, he’s at home. There’s no field he doesn’t have knowledge about. When we were about to acquire E-Motion, the most my father did was when I told him I wasn’t quiet sure of how we were going to handle that acquisition, and he said ‘Look, you have this institution here, you have this institution there, you have this amount right, why don’t you approach them and give them this alternative as regards how you are going to fund it? And let me shock you, our acquisition of E-Motion till today, we have not finished the payment, because the payment was staggered. It wasn’t a one-off thing. My father did not even know when the acquisition was concluded. My father did not know when the acquisition started. It was a fact that I wanted to buy a company. But my partner, my lawyer and the bank also helped us to grow. But for anyone to assume that I did not go and ask for advice from my father, it’s a lie.  Even you if you have access to him today, you would ask for advice, because such advice would be valuable.

But how has it been since the acquisition?

It’s been headache. The acquisition was concluded in December 2019. But,  March 2020, Corona came.  First roundabout was removed, second roundabout was removed, third roundabout was removed. So what did I acquire? What I acquired is  just the brand name. But, again, for me, E-Motion was sitting on  a goldmine that they were not using enough. Advertising in Nigeria became so static when people just put a pole and expected client to come and pay. What happens to creativity, what happens to innovation? When you travel round, you’ll see. So what you assume is new here are all over the place, overseas. What we’ve done is to allow people to think out of the box. When I say ‘we’,  I’m not referring to Loatsad, but the younger generation in the sector. So if you sleep, my generation would come and take over the industry. But if you work with us, we’ll build something that every one will benefit. The space is big enough for everybody.