Why I turn down kissing roles in movies  — Toro Aramide 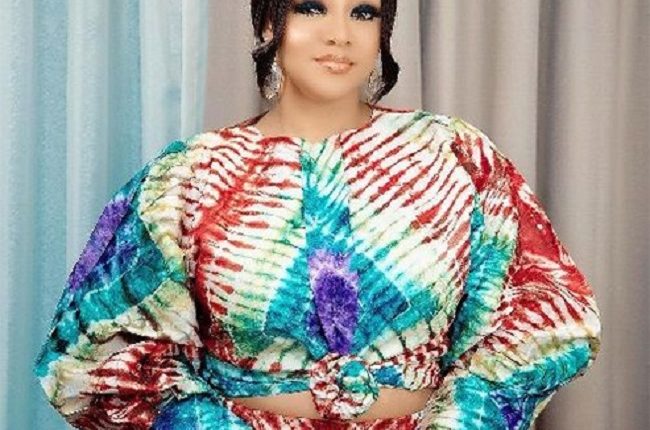 Toro Aramide is one of Nigeria’s fastest rising actress. Aramide is not only a pretty face for the camera, she is a film producer with at least 13 movies to her credit. In this exclusive interview, the UK-based star tells FRIDAY TREAT why she loves movie production and her dreams to become a Hollywood star.

We haven’t seen you in any English movies. Why is that?

I have not just had the opportunity to do an English movie. Also, for me the Yoruba sector helps you grow faster.

A lot of people are of the opinion that people who do only Yoruba movies aren’t fluent in English.

I think that is a very wrong opinion to start with because, you need to know why people don’t do certain things before you judge. I am very fluent in English, and just like me, for many it is because they haven’t had the opportunity.

Let’s go back to your coming into the industry, how did that happen, what was your first introduction to Nollywood as an industry?

It all started in September 2019 when I did my first production. I didn’t want to come in as an actor to be honest, I came in as a producer. But while on set, everyone said I have the face, that was what pushed me. For my first movie, I did just two scenes and the comments and accolades kept on coming in, different people encouraging me to go into acting, telling me that I was good at it. I have always had the passion, no doubt, but I didn’t pursue it for reasons like my family; they didn’t want me to act because everybody has this thing about actors especially in Nigeria that acting is an immoral profession. That is also a wrong opinion, but there was nothing I could do even as an adult then because of my family background, I still had to listen to some people. But as time went on, they supported me.

What was the title of your first movie?

‘Ogoji’. It was a really good feeling, and I was surprised because, I didn’t expect it to turn out that way. Maybe it’s because I used my favorite actor, Ibrahim Chatta. I wanted him in that production and it happened, and I was very glad it did.

From that time till now, how many movies have you produced?

How many movies have you actually starred in?

Some veteran producers have not been able to record such numbers, what is your secret?

For funding, I get support from my husband, and I am also a project manager and I get a good pay. That’s the way I have been doing my thing.

What is the next thing you want to achieve?

My next plan is to venture into cinema movies, I haven’t done any. That is one of my dreams and it was what I wanted to start with. But you know that you can’t just come into the industry and jump into cinema.

Do you still have any dream role?

Yes. I have a dream to play the role of an ‘Omo Ita’ (Area boy). I don’t know how I am going to do it, but it is something that I really want to do.

But your skin and looks might not fit the role.

I practically told my director that I am going to darken my skin a bit because it will not look realistic if I don’t darken my skin.

A lot of people are against actors who don’t live in Nigeria but come to Nigeria to make movies for Nigerians. Do you face that kind of backlash from any member of this industry?

Never. I have been very fortunate. I was welcomed and I am still very cool with everyone.

You are a very beautiful woman, and I am sure a lot of people approach you with all sorts of scripts, expecting you to play certain roles. Are there any scripts that you have turned down and what made you do that?

I have turned down a few scripts and one of the reasons is because they wanted me to play a proper kissing role and I can’t do that. I feel some people do that because they just want to take advantage and use that opportunity to do that. That is the only type of script I have turned down. There are three in total, and they were all about kissing and nudity.

‘Okirika’ cast and crew went on set in October, what is the key quality that you are bringing into the production as an actor?

Something great, and I don’t want to say it. I want to show myself in this one. If I start saying it now, the hype would reduce. I want to build up anticipation. I have been speaking to people that are fluent in Pidgin English, so that I can learn from them.

What is the one thing that you would change about your journey so far if you could go back in time?

I would have started acting earlier.

In the next 10 years, where do you see Toro Aramide?

Hollywood. It might not sound realistic, but I believe in myself and I have faith.

What other talents do you have apart from acting and producing, if you were not in film making what would you be doing?

I know how to sew, and I am a good artist. I am also good at swimming.

How Multichoice Nigeria earned its king of entertainment and content moniker