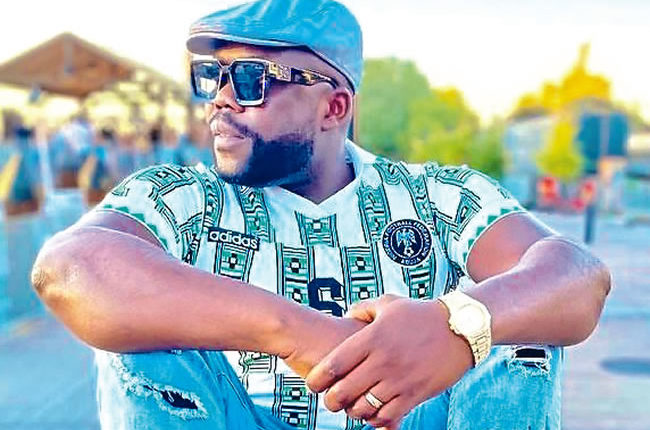 US-based, Ibadan-born music artiste, Adewale Aliu Waheed, popularly known as AD Gun has said his hit song, ‘Ibadan’ was recorded to recognise the huge impact the ancient city made in his life and music career.

AD Gun rose from being a welder in the city to a renowned artiste making waves in the industry in Nigeria and the United States.

Based in Sacramento, California the successful business mogul, song writer and music artiste has carved a niche for himself even at his work as a comprehensive marina builder in the world and as a scrum master IT expert.

The afro singer said the video to expect from his EP Album, ‘Sasa 2 Sacramento’ is titled California, and would be shot in San Francisco, California.

He added that 2022 is going to be about collaboration on music and videos, noting that the video of Ibadan would be collaboration with A-List and some B-List artistes in Nigeria.

Waheed said the experience garnered from his father’s company, Waheed Adisa Technical Engineering Work in Shasha, Ibadan has also helped both his work and IT career and his musical journey.

Having started music officially in 2009, AD Gun said all the resources he used to process all the productions he made in the music industry for the first two years came from the workshop.

When speaking on his journey into the entertainment world, AD Gun said an artiste called ‘Zee World’ was one of those that “God used for me. He was a prominent artiste and producer from Shasha, where I came from. Zee World was the one that owned the studio the likes of Clever Jay, O Black, Skaliey Mental, Lace and Mr. Enny recorded their songs.

“I approached him and I told him that I love music, I want to do it. I was inspired and felt like if my friends could do it, I could do it too. I heard ‘Champion’ by eLDee The Don, in 2007. The song really gingered me to go to the studio to record. And that was when I decided to summon the courage in 2009, went to Lagos to produce my first single titled ‘Good Day’ featuring Zee World and Mr. Enny.

“The song was recorded on the day Michael Jackson passed away, and the song gave me passion from that day on, may his gentle soul rest in perfect peace.”

He therefore urged Nigerian artists in the Diaspora to come home, adding that it is important to give back to their sources.

As part of his contributions to the society, AD Gun said he has been reaching out to up-and-coming artistes around him in many ways.