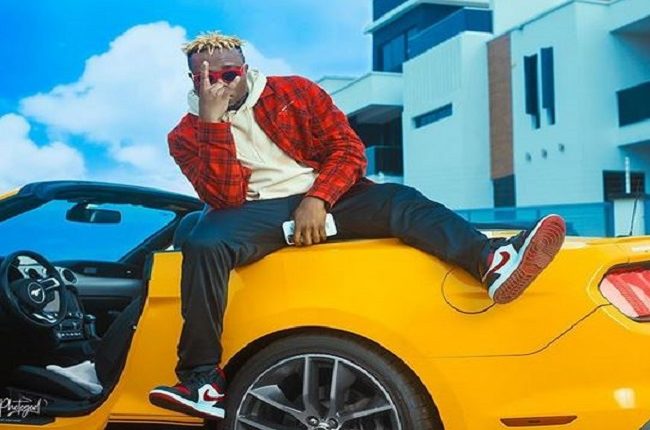 Nigerian Afro-Cyborg singer, songwriter and producer, Bright Ukpabi, popularly known as Mr Dutch who is gently and steadily establishing himself as a philanthropist of note in the entertainment sphere has been given out the sum of 5 million naira to the underprivileged to mark his birthday today.

The “Keys To My Heart” crooner, who has been alive to challenges occasioned by the Coronavirus pandemic said instead of spoiling himself with any form of luxury or throwing a lavish superlative party he would instead be bringing smiles to the faces of people who are having it rough as a result of the pandemic.

In a statement issued by the singer on Friday, he said, “In the spirit of my birthday celebration on the Friday 26th June which is exactly 5 days starting from today amid this Coronavirus pandemic and social distancing era instead of throwing parties and pampering myself with gifts I would be giving out 5 million naira to help people that are really in need of goods, water, cloth, visiting the orphanages, and also to help people revive their businesses. Massive giveaway within these five days into my birthday starting today.

“Believe me, the best birthday gift that I really want is to put a smile on people’s faces, this is way more satisfying to me than throwing a birthday party for my family and friends to celebrate me. Feel free to convert your packages for me and join the cause. The management of my Mr Dutch Foundation would take full responsibility for the action plan in making all this happen.

“My legacy is an act of generosity without expectation I would continue to leave these footprints to help make the world a better place. Remember, we don’t own the planet, we are just curating it for the future generation.”

This is not the first time the singer is reaching out to the less-fortunate people in society. He was reported to have responded to the distress call of an old widow who declared in a viral video that she could sleep with any man for 500 hundred naira as a result of the COVID-19 lockdown. He gave the woman a lump sum of money and the evidence could be seen on his Instagram page.

Last St. Valentine’s Day, the singer also sponsored some lovers who could not afford a hangout or gifts by coming to their aid.

Mr Dutch is an accomplished singer with hits like ‘Antidote’, ‘Better Soup’ and ‘Eno Finish’ featuring Burna Boy. His first song of 2020 is “Keys to My Heart”, a song dedicated to lovers on St Valentine’s Day.

Mr Dutch is the owner of his own record label known as Dutch Dreams Records and the top dog of his own management called Mr Dutch Empire.